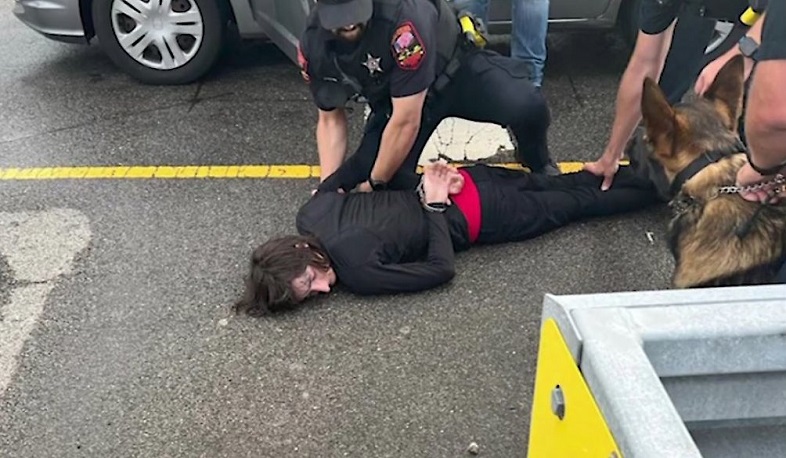 Suspect in US shooting charged

Hours after a gunman opened fire on a suburban Fourth of July parade in Highland Park, Illinois, killing seven people and wounding two dozen, police detained 21-year-old Robert Crimo III. Crimo, who is known as Bobby, was charged Tuesday with seven counts of first-degree murder, CBS News reports.
Investigators say the gunman shot at parade-goers from a rooftop at around 10:15 a.m. as the community celebrated Independence Day. A high-powered rifle, "similar to an AR-15," was recovered at the scene, police said. The suspect was initially described as a young White man with long dark hair.
Lake County Major Crime Task Force Deputy Chief Chris Covelli said at a press conference Tuesday that investigators believe the suspect was disguised in women's clothing during the shooting "in attempt to conceal himself."
Covelli said investigators were able to identify Crimo through a combination of video and expedited tracing of the recovered rifle by the Bureau of Alcohol, Tobacco, Firearms and Explosives that connected it to the suspect.
After the shooting, he is believed to have blended into the crowd and gone to his mother's home, eventually driving away in a Honda Fit.
He was taken into custody Monday evening after someone spotted the Honda Fit in a nearby suburb, called 911, and police pulled him over. Another rifle was recovered from the car, Covelli said, as well as other firearms at his home. Covelli said the weapons were purchased legally by Crimo in the Chicago region.
Views 26