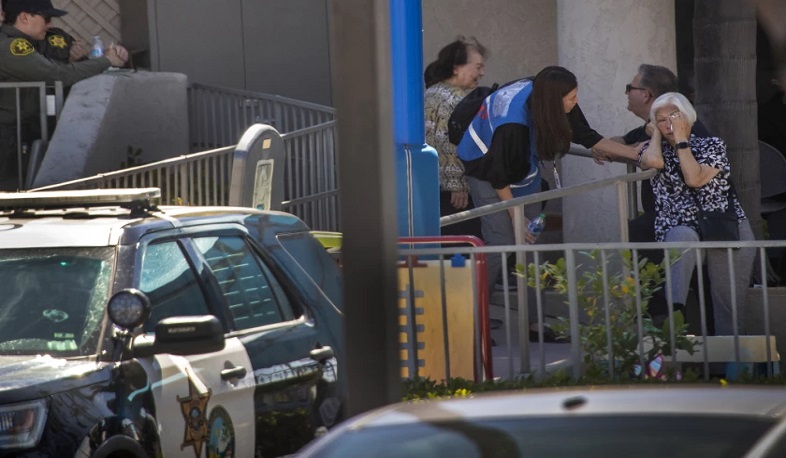 A gunman attacked a lunch banquet at a Taiwanese church in Laguna Woods, killing one person and wounding five others Sunday before congregants tackled him, hogtied him with an extension cord and grabbed his two weapons, authorities said, Los Angeles Times reports.
“That group of churchgoers displayed what we believe is exceptional heroism and bravery,” Undersheriff Jeff Hallock said, later adding, “It’s safe to say that had they not intervened this situation could have been much worse.”
The violence left the south Orange County suburb — home to the sprawling retirement community once known as Leisure World — reeling and in grief, coming a day after a racist attack at a Buffalo, N.Y., supermarket left 10 dead.
Gunfire rang out at 1:26 p.m. inside Geneva Presbyterian Church in the 24000 block of El Toro Road. Between 30 and 40 congregants were attending the banquet after a morning church service. A law enforcement source said the gunman had sealed the doors to prevent parishioners escaping.
Views 54