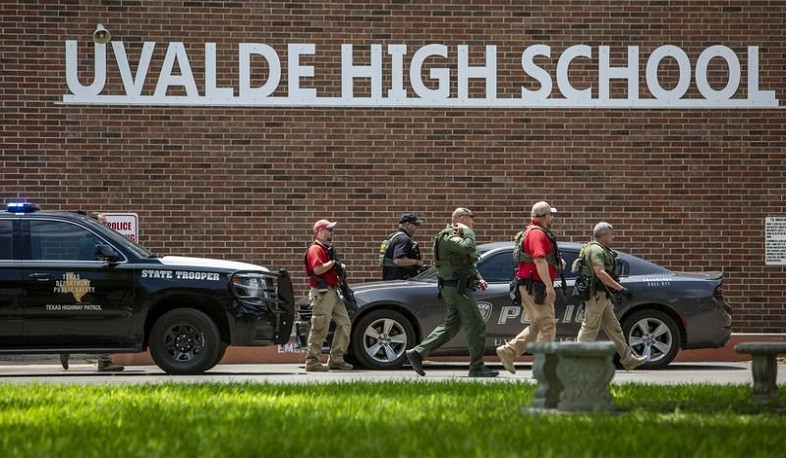 Nineteen children and two adults were killed after an active shooter was reported at Robb Elementary School in Uvalde, Texas, according to authorities. The shooter also died, according to Texas governor Greg Abbott, Independent reports.
The gunman been named as 18-year-old Salvador Ramos. Mr Abbott said Ramos “horrifically and incomprehensibly” carried out the mass shooting alone before being shot dead by law enforcement.
Ramos was a student at Uvalde High School who lived in the small city 80 miles west of San Antonio, according to Mr Abbott.
Joe Biden told the nation it was time to “turn this pain into action” and change gun laws following the shooting massacre.
“Why are we willing to live with this carnage?” he said at the White House. “Where in God’s name is our backbone, to have the courage to deal with this and stand up to the [gun] lobbies?”
The shooting prompted the school to go into lockdown. Students there were transported to St Willie Delon Civic Centre where they will be reunited with their parents.
Views 1705