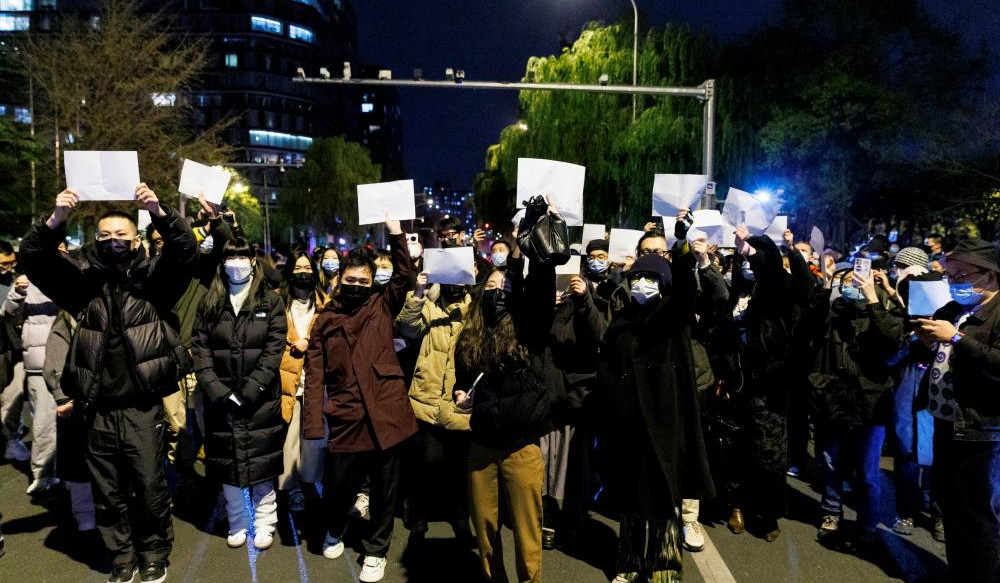 Hundreds of people took to the streets in the Chinese city of Chengdu, a video released on Sunday (November 27) showed, as protests over China's stringent COVID restrictions flared for a third day and spread to several cities in the wake of a deadly fire in the country's far west, Reuters reports.

Video obtained by Reuters showed protesters chanting slogans calling for freedom of press and speech in a rare display of civil unrest, joining residents in other major Chinese cities frustrated with the country's strict zero-COVID policy. Reuters was able to confirm the location from the buildings and road design seen in the video which matched file photography of the area. Reuters was not able to independently confirm the date on which the video was filmed.

The wave of civil disobedience is unprecedented in mainland China since President Xi Jinping assumed power a decade ago, as frustration mounts over his signature zero-COVID policy nearly three years into the pandemic. The COVID measures are also exacting a heavy toll on the world's second-largest economy.

A fire on Thursday (November 24) at a residential high-rise building in the city of Urumqi, capital of the Xinjiang region, triggered protests after videos of the incident posted on social media led to accusations that lockdowns were a factor in the blaze that killed 10 people.