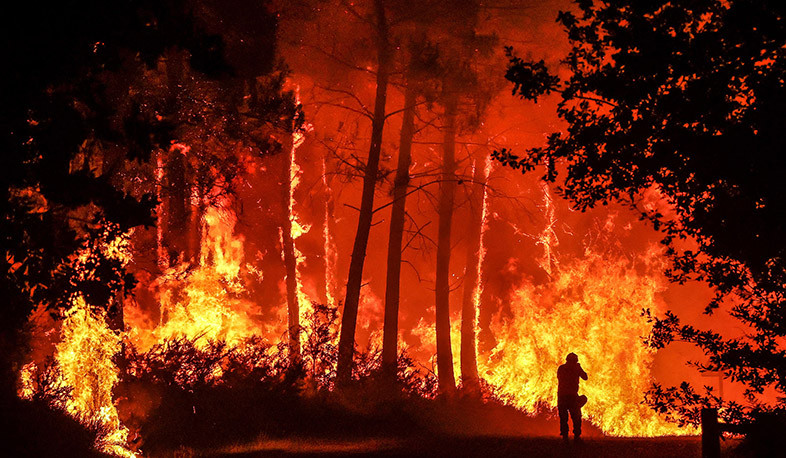 France gets boost from EU neighbours as wildfires rage

German firefighting team arrived in Gironde province on Thursday, 11 August, to help France tackle wildfires raging southwest of France that have forced thousands to evacuate, according to French officials.
Six European countries - Germany, Romania, Austria, Poland, Greece, and Italy- are sending firefighting teams and equipment to France.
Since flaring up again Tuesday, which officials suspect may have been caused by arson, it has burned more than 7,000 hectares, according to Martin Guespereau, Deputy Prefect for Defence and Security of the South-West.
France has been buffeted this summer by the historic drought that has forced water-use restrictions nationwide, as well as a series of heatwaves that experts say are being driven by climate change.
Author:Davit Muradyan
Views 4