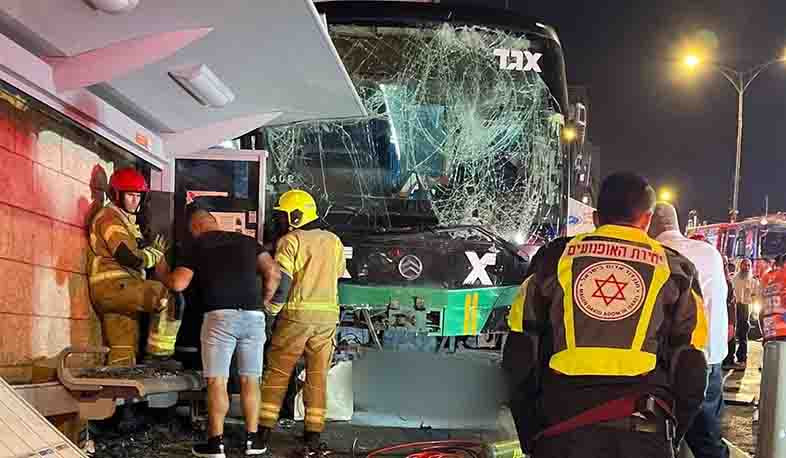 At least three people, including two children, were killed when a bus veered off a street in Jerusalem on Thursday evening, August 11. Several people also resulted injured.
The bus driver lost control of his bus ramming into a bus stop on Shamgar Street near the entrance to Jerusalem in the Romema neighborhood, according to the Jerusalem Post.
Jerusalem Police chief Doron Turgeman said that the ramming was an “unfortunate accident” and was not a terrorist attack. Reports claimed that the bus driver said after the accident that he had experienced problems with the brakes on the bus.
The victims of the accident were a 30-year-old woman, a three-year-old girl and a seven- year-old girl. Some people were trapped under the bus and several were evacuated to nearby hospitals in serious condition.
Author:Davit Muradyan
Views 12