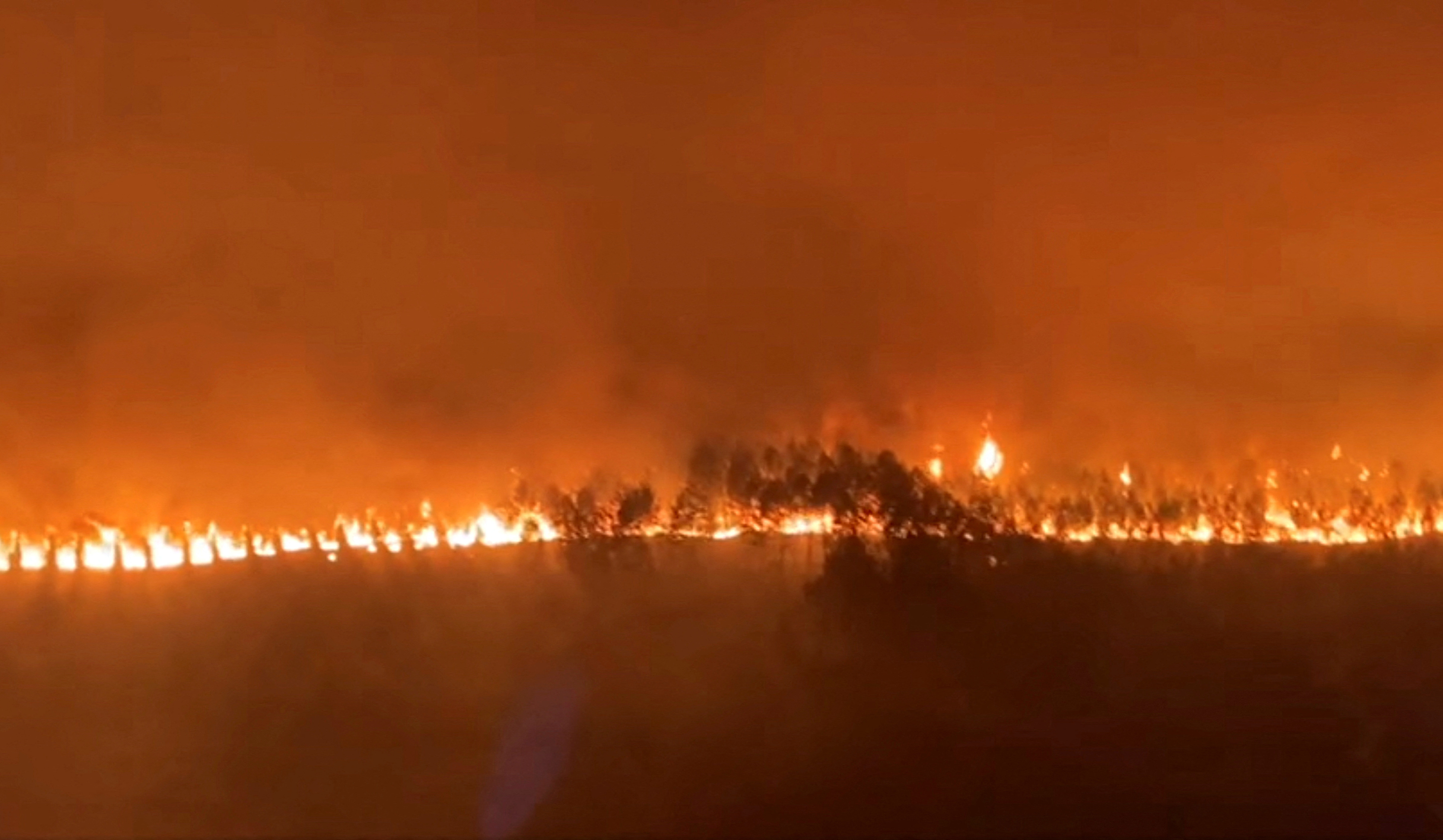 Video released by French emergency services on Tuesday (August 9) showed fire crews driving on a road flanked by burning woodland on both sides. In a social media post attached to the video, the French fire service described a "return to the inferno", wishing courage and caution to "soldiers of the climate."

The department of Gironde, in southwestern France, was hit in July by two wildfires which destroyed more than 20,000 hectares of forest and led to the evacuation of almost 40,000 people.

Fires were also raging on Tuesday in other parts of the country. One straddles the southern departments of Lozere and Aveyron, where close to 600 hectares have already burnt. Another fire is in the Maine et Loire department in western France, where 650 hectares have been scorched and 500 are threatened, according to local authorities.

France, like much of Europe, is coping with heatwaves and drought that have triggered multiple wildfires across the continent over the past two months.