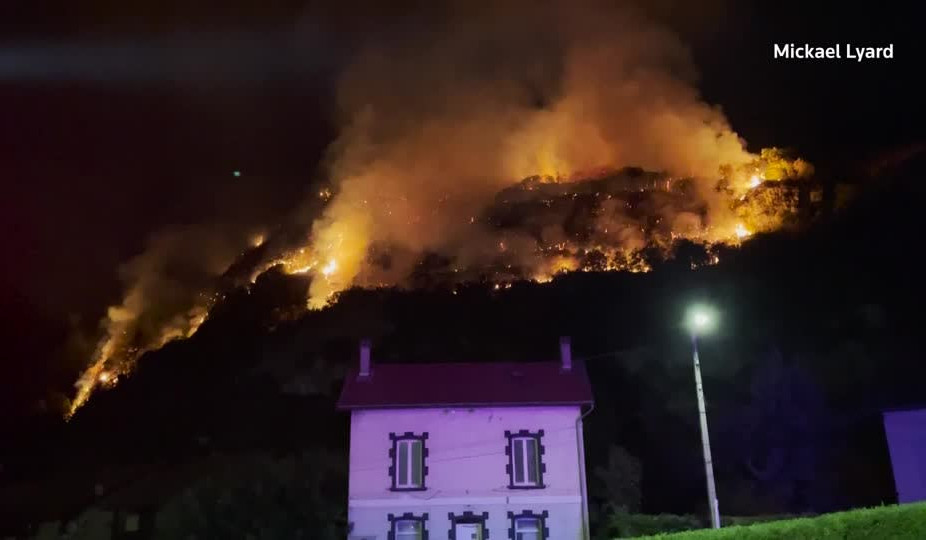 French firefighters struggled to contain wildfires in southeast France on Monday (August 8) as blazes swept through at least 80 hectares, according to local media, Reuters reports.

Video filmed in Voreppe in the Isere region showed flames and smoke on the hillside above houses. Helicopters were seen dropping water on the blaze and fire engines were at the scene.

About 200 residents have been evacuated from the Isere region over the weekend, local media reported.

Wildfires raging through Europe this summer have burned the second-largest area on record, even though the region is only halfway through its typical fire season, according to data from the European Union's Joint Research Centre.