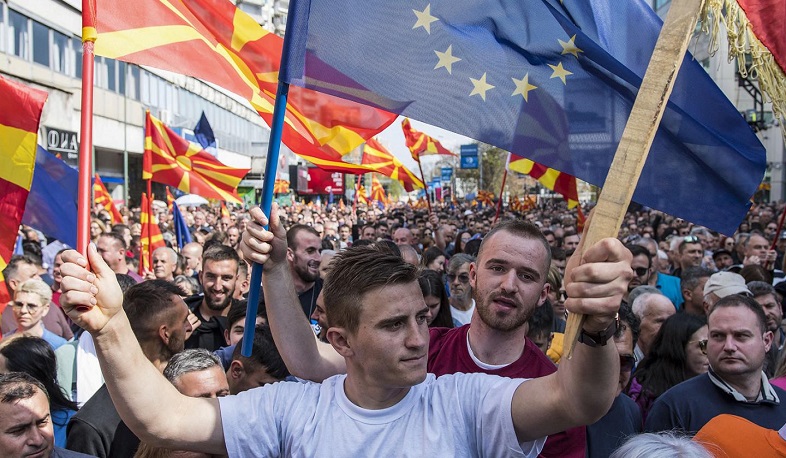 EU urges N Macedonia to back proposed deal with Bulgaria

Violent protests erupted in North Macedonia’s capital, Skopje, where demonstrators tried to storm government buildings, after French President Emmanuel Macron announced the proposal - which many in the small Balkan country find controversial - last week. Macron said at a NATO summit in Madrid that “a compromise solution” to lift Bulgaria’s opposition to its neighbor’s EU aspirations had been achieved, without giving details.

A few hundred people took part in a new protest late Tuesday in Skopje against the French proposal. Held during a rainstorm, it ended peacefully, but afterwards a small number of protesters threw stones at police outside parliament before being dispersed.

North Macedonia’s president, Stevo Pendarovski, and the government have backed the proposed deal, which calls for the country to acknowledge in its constitution the existence of an ethnic Bulgarian minority. It would also provide for regular reviews on how the bilateral dispute is being addressed, which could potentially hamper North Macedonia’s future accession course.