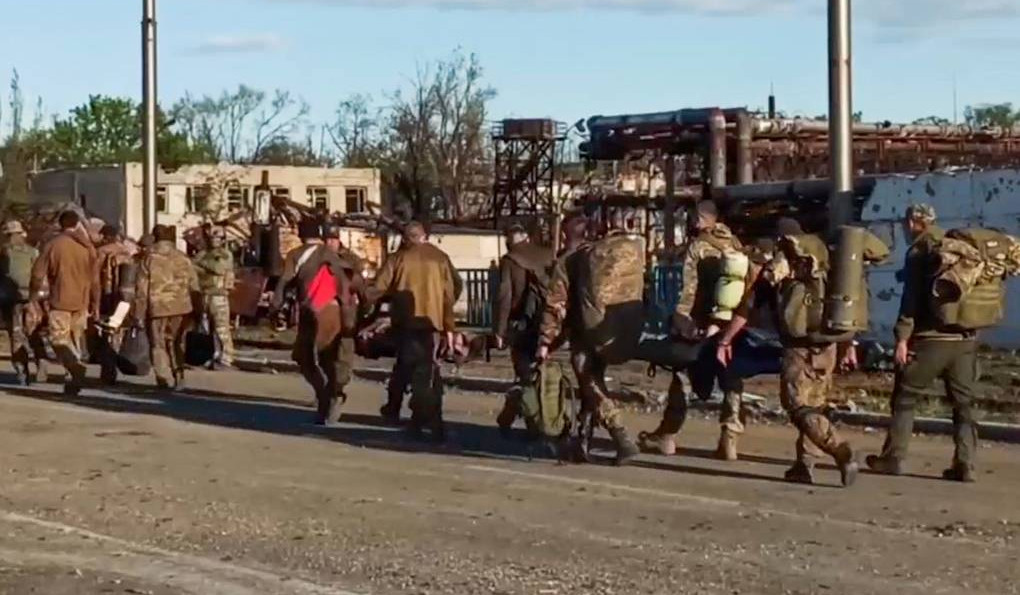 Over 250 Ukrainian militants entrenched in the Azovstal steel complex in Mariupol, including 51 wounded personnel, surrendered, the territorial defense headquarters of the Donetsk People’s Republic (DPR) reported on Tuesday, TASS reports.

"Overall, 256 Ukrainian militants have surrendered from the territory of the Azovstal steel works in Mariupol. There were 51 wounded militants among those captured," the headquarters said on its Telegram channel.

Currently, the wounded are receiving medical assistance, the headquarters said.

The Russian Defense Ministry earlier reported that an agreement had been reached on Monday with the Ukrainian troops sealed off on the territory of the Azovstal steel plant on extracting wounded Ukrainian military personnel from the plant. The ministry also said that a ceasefire was in effect in the area around the enterprise and an evacuation corridor had been opened for wounded Ukrainian servicemen, through which they were being delivered to a health institution in Novoazovsk in the Donetsk People’s Republic (DPR) for receiving all required medical assistance.

The Ukrainian side earlier reported that 53 heavily wounded Ukrainian militants had been evacuated from Azovstal on May 16 to Novoazovsk controlled by the DPR forces and 211 Ukrainian troops had been taken to Yelenovka through a humanitarian corridor.