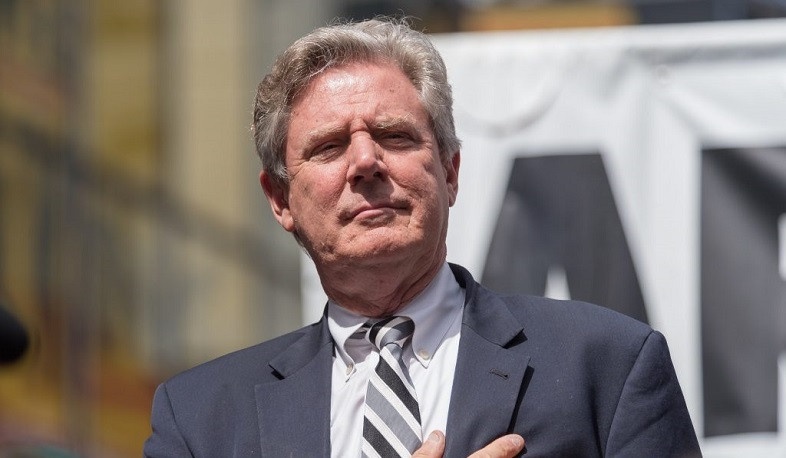 Congressman Frank Pallone, Jr.’s (NJ-06) amendment to the National Defense Authorization Act (NDAA) passed the U.S. House of Representatives. The amendment would help advance human rights around the world by requiring the Department of Defense to review existing requirements for conducting human rights training of foreign national security forces participating in security cooperation programs like the Section 333 Building Partner Capacity Program. It also calls for a review to the current Department of Defense (DOD) data collection practices and procedures for accessing, monitoring, and evaluating human rights training programs. The amendment will ensure compliance with U.S. law that prohibits use of funds for assistance to foreign security forces that have committed gross human rights violations.

The NDAA also includes language from an amendment led by Congressman Adam Schiff (CA-28) that Congressman Pallone co-sponsored and calls for the immediate release of the prisoners of war, including civilians, who Azerbaijani President Ilham Aliyev continues to hold hostage as bargaining chips. This language further requires a report from DOD on the deadly 44-day war initiated by Azerbaijani and Turkish forces in the fall of 2020. The report will include an assessment of U.S. weapons systems or technology used in the conflict, a description of the involvement of foreign actors – which were heavily used by Azerbaijan – and any violations of the November 9, 2020 statement that ended most of the fighting.

“The United States has long stood as a beacon for the rights of every person, regardless of race, religion, ethnicity, or nationality. We must continue to lead by example and ensure that American tax dollars do not contradict our values at home or abroad,” Pallone said. “My amendment sends a clear signal that the United States takes seriously its democratic norms and commitment to peace by ensuring oversight of our security assistance.

“Azerbaijan continues to threaten Armenia’s safety and sovereignty, which makes these amendments especially urgent. The United States should not be aiding and abetting reckless, autocratic states with appalling human rights records for any reason. Because of our efforts, the Department of Defense is now required to undergo a thorough investigation that will bring attention to the gross human rights abuses committed by Azerbaijan during last year’s war and focus on their deadly actions in Armenian territory that are still taking place to this day. Data from this report will help us to finally bring an end to U.S. funding for the murderous Aliyev regime and instead urge strong support of fellow democracies like Armenia,” Pallone concluded.

The amendment is an important step in creating oversight for the Defense Department’s Section 333 Building Partner Capacity Program that has sent enormous sums of money to human rights abusing regimes and dictators, including that of Azerbaijani President Ilham Aliyev, which has numerous documented human rights violations. The Department has spent nearly $4 billion over the last four years on the program. Even though the State Department has singled out Azerbaijani border units for committing human rights violations, those forces received over $100 million in security assistance in fiscal years 2018 and 2019 through the program.