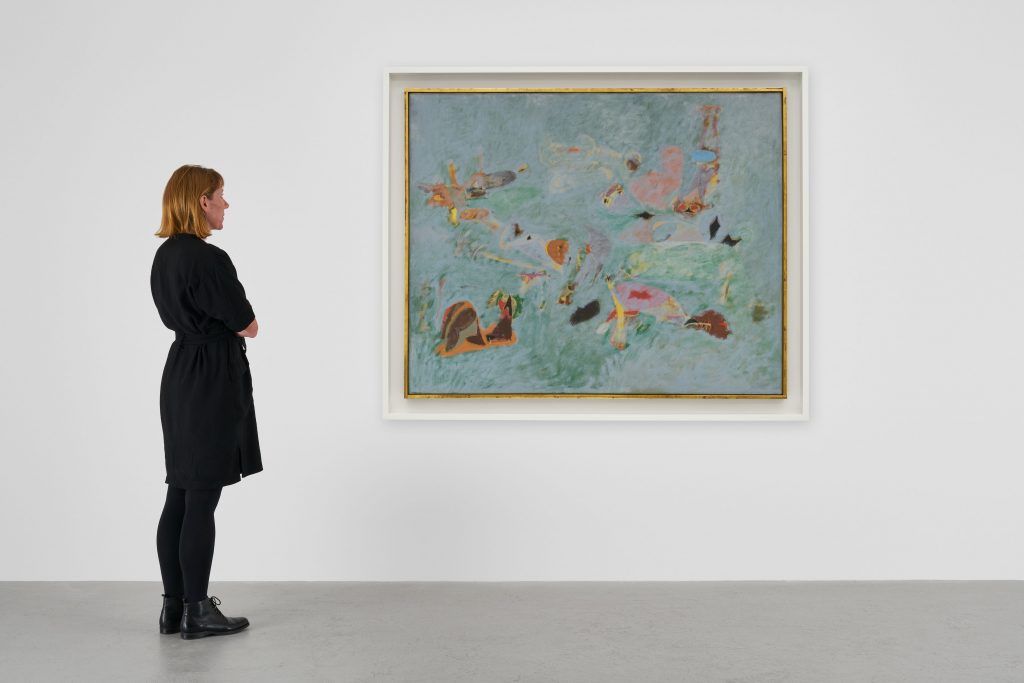 The newly discovered work will go on view at Hauser and Wirth in New York next month.

“This discovery is the sort of moment that drew so many of us to art in the first place, the wonder and surprise, the invitation to think beyond what we already know, hints of new horizons,” Marc Payot, the President of Hauser and Wirth, which will debut the work in a non-selling exhibition in New York next month, told Artnet News in an email.

The painting, which has been dubbed Untitled (Virginia Summer), is being added to a new Gorky catalogue raisonné, due out this month from the artist’s foundation.

When Gorky finished the painting on paper, The Limit (1947), he was in quite a prolific period, making a new work every day. As a result, it appears he was short on materials, and, lacking a stretched canvas to work on, simply placed it atop the earlier work now identified as Untitled (Virginia Summer).

It’s quite possible that this isn’t the only painting the artist obscured this way. “Curators of museums: It’s not a bad idea to take it out of the basement or off the wall, look behind, and see if you’ve got two paintings instead of one,” Matthew Spender, the artist’s son-in-law and author of From a High Place: A Life of Arshile Gorky, told the New York Times.