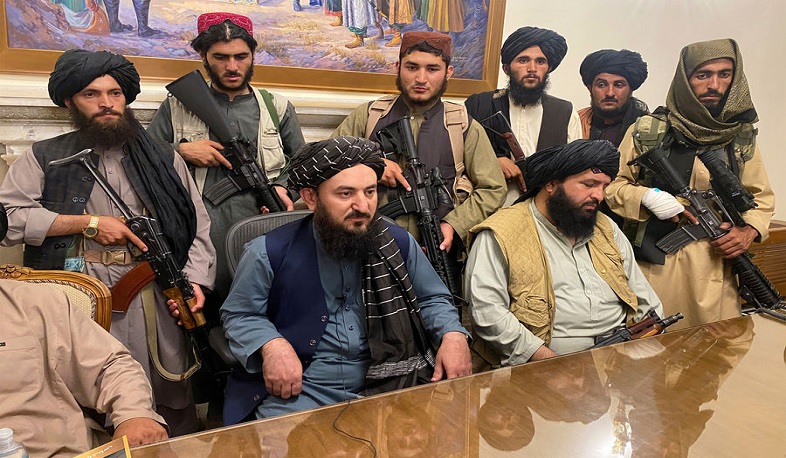 While the Taliban announced an interim government consisting of important Taliban figures in Afghanistan on Tuesday, which to many is not as inclusive as they once promised, Taliban spokesperson Suhail Shaheen told the Global Times in an exclusive interview that they are in talks with other Afghan politicians and, if an agreement is reached, other people outside the current cabinet will have the chance to take high-ranking jobs in the new government.

Shaheen noted that the appointed officials are acting and the permanent ministers will be appointed soon after due consideration. “We believe in the inclusiveness of the government,” he told the Global Times, adding that the formal government may be set up this month or next month.

After relevant issues are settled, the Taliban hopes to invite high-level delegations from other countries including China to visit Afghanistan. Shaheen told the Global Times that many East Turkestan Islamic Movement (ETIM) members have left Afghanistan because the Taliban has categorically told them that there is no place for anyone to use Afghanistan against other counties, including its neighboring countries.

Shaheen said that with this announcement to the ETIM members, he did not see that "anyone, in any place" will be able to stay in Afghanistan, especially those "who are intending to carry out sabotage activities in other countries or have their foreign agenda."

In the exclusive interview with the Global Times, Shaheen dismissed the criticism of the Afghan interim government which is seen as not inclusive and does not represent the vast diversity of ethnic groups in the country. He said that this is an interim government and the appointment of ministers at this time is to fill the "vacuum" as it was necessary to provide essential services to Afghan people.

Many positions remain vacant but they will be filled after due consideration. Shaheen noted that any changes and adjustments regarding the government are possible before the formal government is set up.

According to the announced list of the new government, Prime Minister Mullah Hasan Akhund is still on a UN sanctions list and the interior minister, Sirajuddin Haqqani, is the son of the founder of the Haqqani network which was classified as a terrorist group by the US. This could make it harder for the new government to get international recognition and resume normal exchanges, analysts pointed out.

Shaheen said that this is the case. But he added that they are a liberating force and other countries that once occupied Afghanistan do not want to delist their members.

"We are living in such a one-sided world," and "we hope some of our friends and those who love freedom will support us in our effort to build our country, to build peace, and to work for the prosperity of our people," he said.

According to Shaheen, the top priority of the new government is to focus on the economic work, create job opportunities and lift the living standards of the population, focus on the construction of Afghanistan, maintain stability and work for the peaceful coexistence of Afghan people.