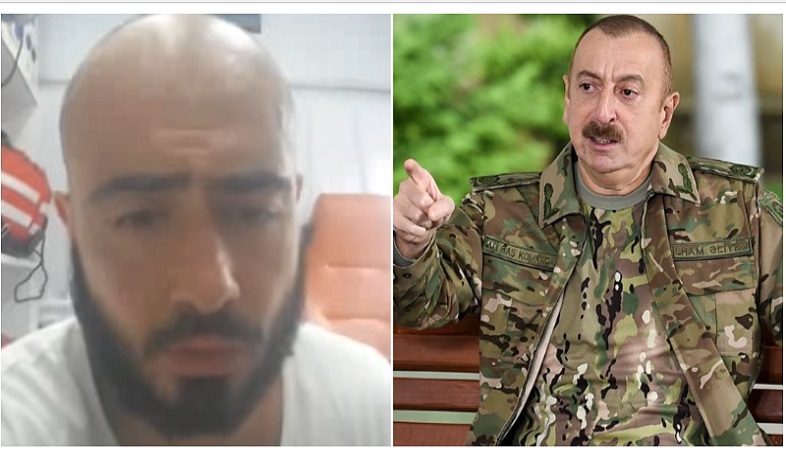 Azerbaijani opposition blogger Hussein Bakikhanov was found dead in Tbilisi on the evening of July 29, Georgian media reports.
The body of the young man was found in the apartment where he lived. However, according to Bakikhanov’s friends, he could have fallen down from the building.
This information was spread by the blogger’s friends in Azerbaijan, including journalist Afgan Mukhtarli. Mukhtarli posted on Facebook that “the police have confirmed that Bakikhanov fell from a height.”
Khusein Bakikhanov was a political migrant from Azerbaijan who lived in Tbilisi and sought political asylum there. A few days before his death, on July 12, a suspicious incident occurred with Bakikhanov, which he described in a video that he uploaded on YouTube.
The video is called “Conspiracy of the Azerbaijani government or an accident?” Bakikhanov says he was attacked by five Azerbaijanis in the center of Tbilisi. He had seen them two or three days before.
“They suddenly started insulting me and attacked me when I tried to answer”, the blogger said.
The video was recorded in an ambulance. Bakikhanov said that he had to call the police and ambulance himself.
In the video, Bakikhanov says that he fled Azerbaijan, and he has only a few days left before receiving refugee status in Georgia.
The incident and the information were confirmed in a conversation with the Georgian Formula TV channel by a relative of the blogger Avtandil Mammadov, who had already been interrogated by the police. He does not rule out that the death of Bakhikanov was in the interests of the Azerbaijani government and that the attackers could have been sent by the Azerbaijani authorities.
Mammadov confirmed that Hussein Bakikhanov had applied for political asylum in Georgia because he was persecuted by the Azerbaijani government and detained in his country.
One of the first to report the incident was the Azerbaijani journalist Afgan Mukhtarli, who currently lives in Germany. He wrote that Bakikhanov was pursued by the Azerbaijani police.
Mukhtarli also said that Bakikhanov “was beaten on July 12, and then he was refused a medical appointment to examine his internal organs.”
Hussein Bakikhanov was detained during a protest on May 7, 2021, in Baku and sentenced to 15 days in prison. After his release, he told reporters that he had been tortured by the police. He also said that the police threatened him with rape.
“During his stay in Tbilisi, he constantly criticized the Azerbaijani government, Azerbaijani media and his own channel,” Mukhtarli wrote on Facebook.
Views 66