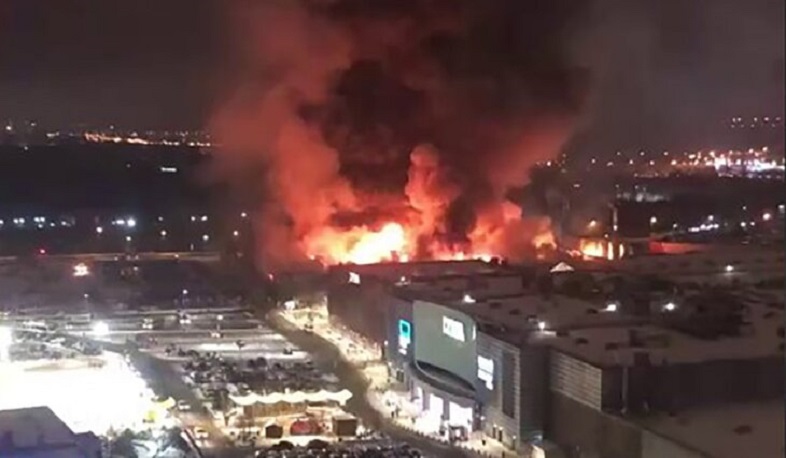 A short circuit might have caused the fire at a home improvement hypermarket in the Mega Khimki shopping mall northwest of Moscow on Friday, an emergency service worker told TASS.

"The Obi store blaze was triggered by a short circuit. An explosion caused the fire to spread," the worker said.

The exact reason for the fire will be established in a probe to be conducted after the fire is stamped out.

The incident happened at about 6:00 am Moscow time. Currently, there is a fire on an area of 18,000 square meters.

The blaze has left at least one person dead, according to Russian media reports.

“Due to the collapse of the roof, the fire instantly spread to a large area,” the ministry said on Instagram, citing the difficulty of firefighters working on site.