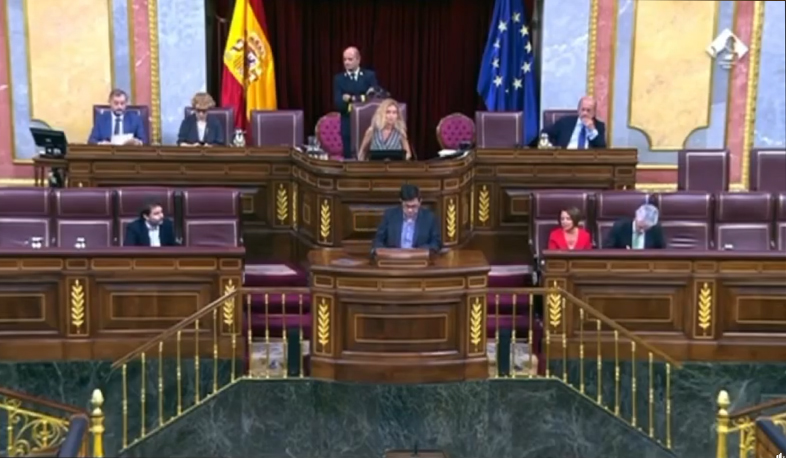 At a plenary session on October 6, the Spanish Congress of Deputies adopted a statement expressing solidarity with the Armenian people in light of the Azerbaijani aggression against Armenia shortly after midnight on September 13, which left over 200 Armenian soldiers killed.

In the statement the Congress reaffirmed its intolerance towards military operations that represent a serious violation of international law, considering them unjustified aggression that undermines regional security and stability.

The lawmaker expressed solidarity and support to Armenia and its people. “We are sorry for the loss of life on both sides, we express our deep sorrow for the victims and the unnecessary suffering of the population. We also send these feelings to the Armenian community in Spain,” they said.

The members of Congress expressed support to the efforts of the EU High Representative and the Special Representative in the South Caucasus, who “play an important role in the process of monitoring the maintenance of the ceasefire agreement and contribute to the search for a negotiated, common and lasting solution to the conflict.”

The MPs called on the parties to respect international law, lay down their arms and resume diplomatic negotiations, thereby reaffirming that this position is the only viable and lasting solution to this complex and historic dispute. They also called the EU to redouble its efforts to promote de-escalation and peacekeeping through diplomatic means.