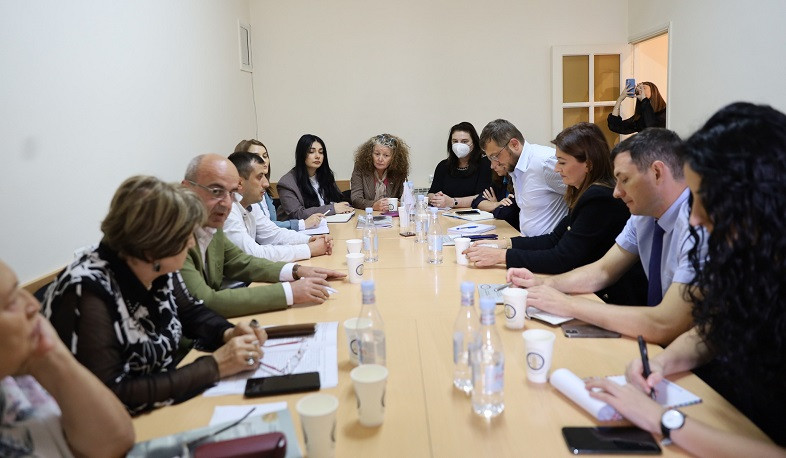 On September 22, a discussion was held at the regional subdivision of the Human Rights Defender’s Office in Kapan, Syunik province, regarding the consequences of the Azerbaijani aggression and military attack on Armenia, which was launched on September 13, 2022.

In her speech, the Resident Coordinator of the United Nations in Armenia Ms. Lila Pieters Yahia thanked the Defender’s Office for the large-scale work conducted and the presentation of the registered information during these days.

During the meeting, the Head of the International Cooperation Department of the Defender’s Office, Ms. Anna Karapetyan presented the ad hoc report prepared by the defender’s Office on the consequences of Azerbaijan’s military attack on Armenia and the facts of the war crimes committed by Azerbaijan.

The representatives of non-governmental organizations presented the consequences of the Azerbaijani aggression, and the humanitarian problems in the region, including addressing security issues, ensuring children's right to education, health care, provision of shelters, and other issues. The non-governmental organizations highlighted the importance of the implementation of the provisions of the UN Security Council resolution (S/RES/1325) on Women, Peace, and Security N1325.

At the conclusion of the discussion, the high-level representatives of the United Nations assured that within the framework of their visit to Syunik province, they are pursuing the goal of registering the needs of the residents and addressing them within the context of the implementation of their projects.