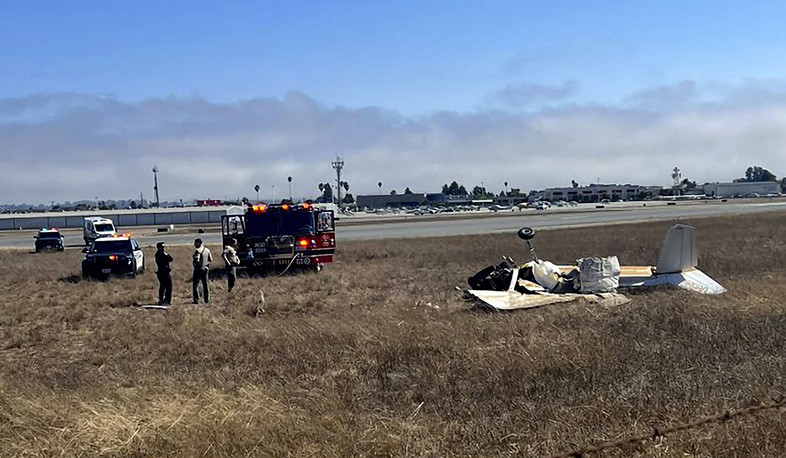 A crash involving two planes attempting to land at Watsonville Municipal Airport may have resulted in "multiple" fatalities, according to the city. The City of Watsonville said the report came in at 21:56 GMT (14:56 local time) and that a number of agencies have responded to the incident at the airport.
The city later offered its condolences to the victims and their families, saying the tragic incident “took the lives of several people.”
At least two people were killed in the collision, which involved a twin-engine Cessna 340 and a single-engine Cessna 152, according to officials cited by the Associated Press.
Both people aboard the Cessna 340 lost their lives, though the outlet added it was “not immediately clear” whether the pilot of the other craft, its sole occupant, survived. No injuries were reported on the ground, despite the damage at the airport.
Footage captured by local media showed the wreckage of one plane in a field, while the other craft could be seen among the ruins of the structure that was hit, having smashed through one of its walls.
Author:Davit Muradyan
Views 4