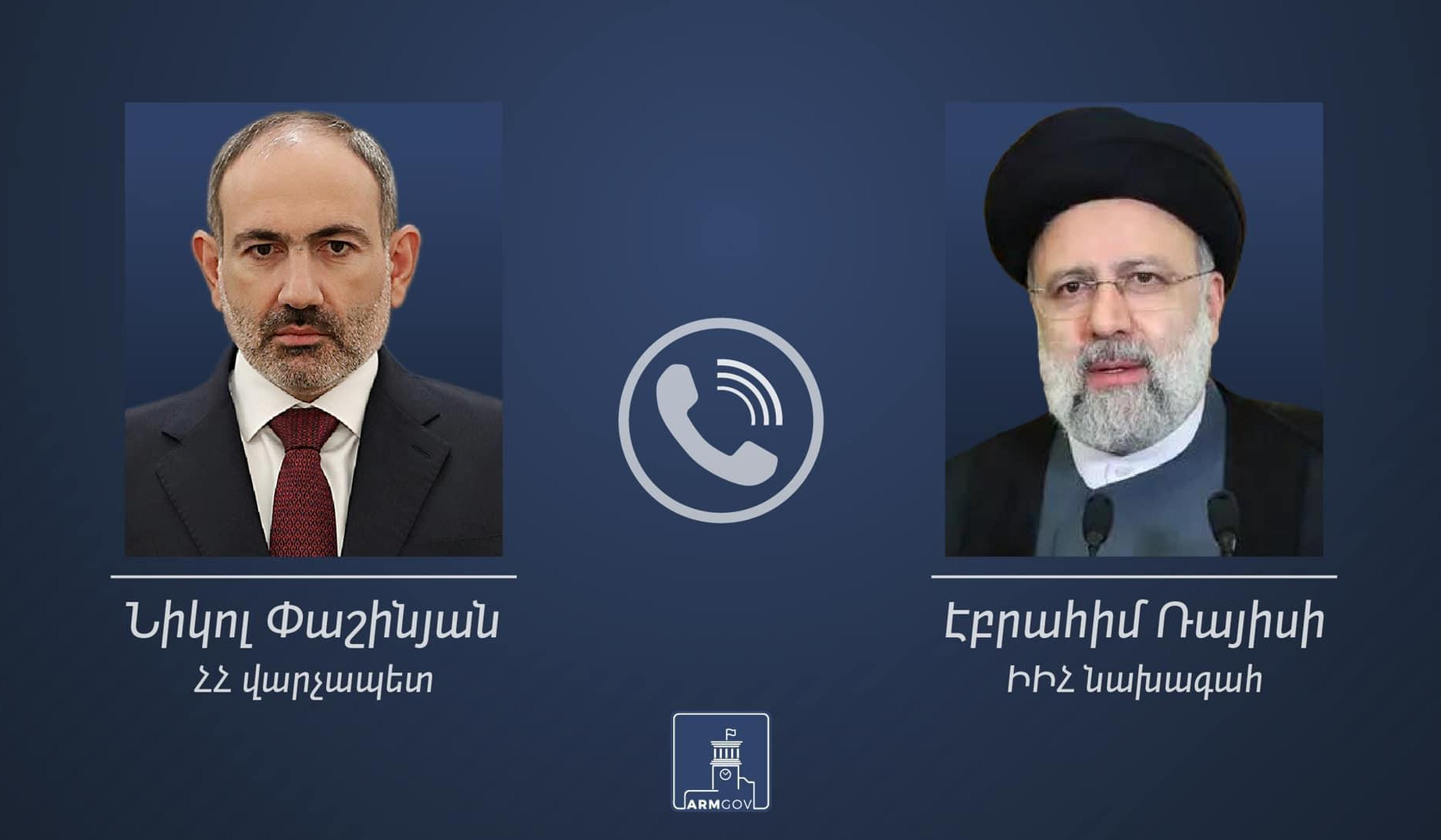 PM Pashinyan holds phone talk with the President of Iran

Prime Minister of Armenia Nikol Pashinyan had a telephone conversation with the President of the Islamic Republic of Iran Sayyid Ebrahim Raisi.

The interlocutors discussed issues related to regional developments and security challenges. The Prime Minister of Armenia presented details to the President of Iran about the recent border incidents between Armenia and Azerbaijan. In the context of establishing stability and peace in the region, Nikol Pashinyan emphasized the importance of the full implementation of the trilateral agreements of November 9, 2020, January 11 and November 26, 2021.

Referring to the recent tense incidents in the South Caucasus, the President of Iran mentioned the statement made by Supreme Leader of the Islamic Revolution Ayatollah Khamenei during the recent meeting with the presidents of Russia and Turkey, that Iran is sensitive about its borders in the Caucasus region and will oppose any attempt to alter them.

The parties also exchanged ideas on bilateral ties, emphasized the importance of bringing them closer.

Nikol Pashinyan expressed satisfaction with the development of Armenian-Iranian relations and noted that Armenia is ready to maximally promote the transit of goods between the two countries and to develop cooperation in the field of infrastructure, including in the direction of road, energy, etc.

The President of Iran described the relations between the two countries as historical and deep and emphasized the need to raise the level of sustainable Armenian-Iranian economic cooperation.