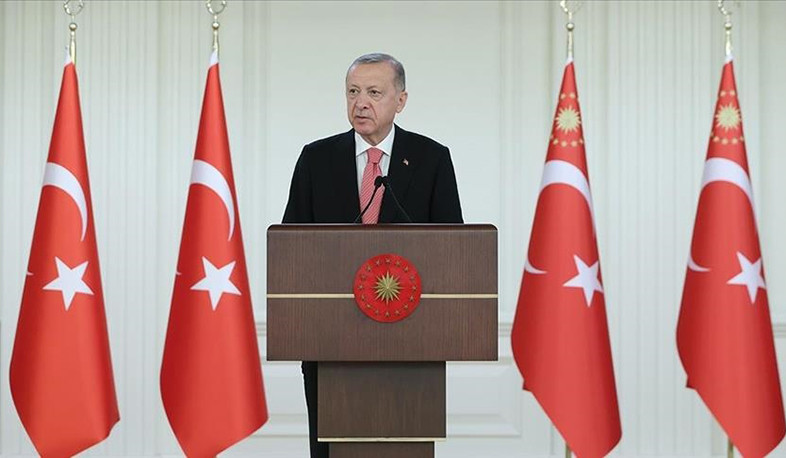 Turkish President Erdogan criticizes Israel for the attack on Gaza

The president of Turkey Recep Tayyip Erdogan criticized Israel for the Gaza attack. Erdogan made a speech at Ambassadors Conference in Ankara Cankaya presidential office.
Erdogan said there can not be an excuse for killing children and babies. "We share our sensitivity to Palestine issue, Turkey's support for the two-state resolution and the importance of security, prosperity and peace in Palestine with the Israeli administration on the highest rank" and he underlined that Turkey is standing with the Palestine people and "our brothers in Gaza."
Author:Davit Muradyan
Views 12