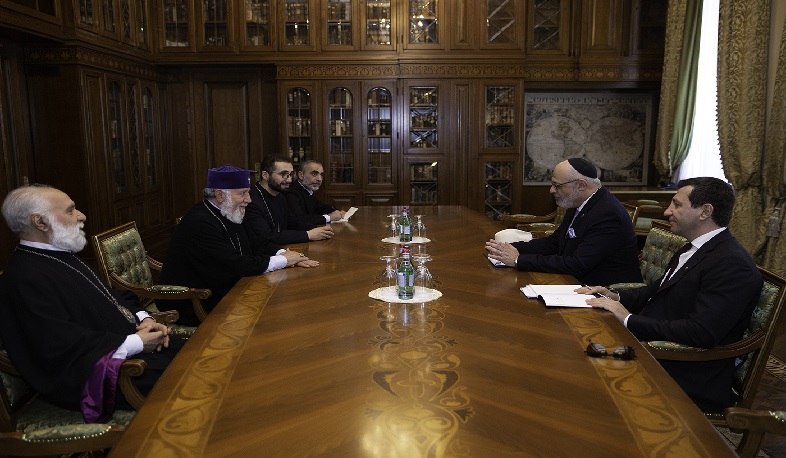 Catholicos of All Armenians received newly appointed ambassador of Israel

Catholicos of All Armenians Karekin II on Thursday received the newly appointed Ambassador of Israel to Armenia, Joel Lion, at the Mother See of Holy Etchmiadzin.

Reflecting on the historical relations and commonalities of the Armenian and Israeli peoples, the Catholicos spoke with sorrow about the tragedies, the Holocaust and the Armenian Genocide, that befell the two peoples in the last century, and touched upon the friendly relations formed between the two peoples’ children in the Diaspora.

In his turn, Ambassador Lion highlighted the deepening of cooperation and friendly relations between the two countries.

The interlocutors exchanged views also on the preservation of the Armenian spiritual and cultural heritage in the territories that came under the control of Azerbaijan as a result of the Artsakh (Nagorno-Karabakh) war in the fall of 2020, and the policy of their appropriation.

At the end of the meeting, the Catholicos of All Armenians wished the ambassador a successful mission.