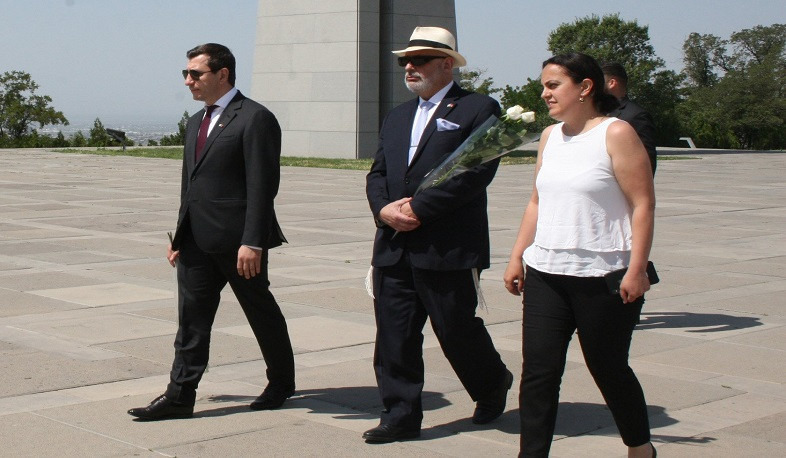 New Ambassador of Israel to Armenia Joel Lion (residence in Jerusalem) visited the Armenian Genocide Memorial in Yerevan today, accompanied by Honorary Consul of Israel to Armenia Ashot Shakhmuradyan.
Deputy Director of the Museum-Institute Edita Gzoyan welcomed the guests and introduced them on the history of the creation of the Memorial.
She also introduced the history of three cross-stones located in the territory of the Memorial, which are dedicated to the memory of Armenians killed during the ethnic cleansings carried out against the Armenian population in Azerbaijan in the end of the past century.
The delegation members laid flowers at the Eternal Flame and paid tribute to the memory of innocent victims with a moment of silence.
The guests also toured the Genocide Museum, got acquainted with the permanent and temporary exhibits.
At the end of the visit the Israeli Ambassador left a note in the Honorary Guest Book.
Views 71