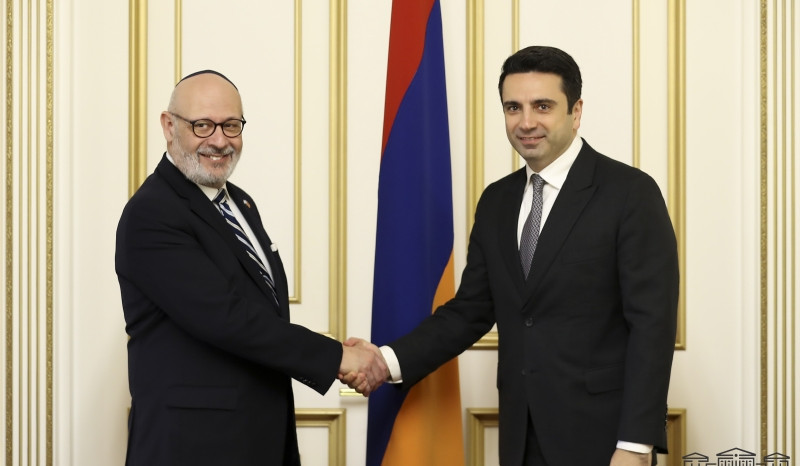 On June 29, the President of the RA National Assembly Alen Simonyan received the Ambassador Extraordinary and Plenipotentiary of Israel to Armenia Joel Lion. Alen Simonyan congratulated him on his appointment as Ambassador Extraordinary and Plenipotentiary of the State of Israel to the Republic of Armenia, wishing him fruitful activity.
“Embassies are the cornerstone for the further development of bilateral relations. I am hopeful that your activity will have an active significance for the Armenian-Israeli relations and will contribute to the further development of inter-parliamentary relations,” the NA President noted.
At the meeting, the activity of the parliamentary friendship groups was greatly highlighted in the context of inter-parliamentary ties.
Both sides stated that the existence of historical and cultural ties and the similarity of destinies between our peoples are important preconditions for creating a favorable atmosphere of cooperation.
They exchanged ideas on establishing lasting stability in the region.