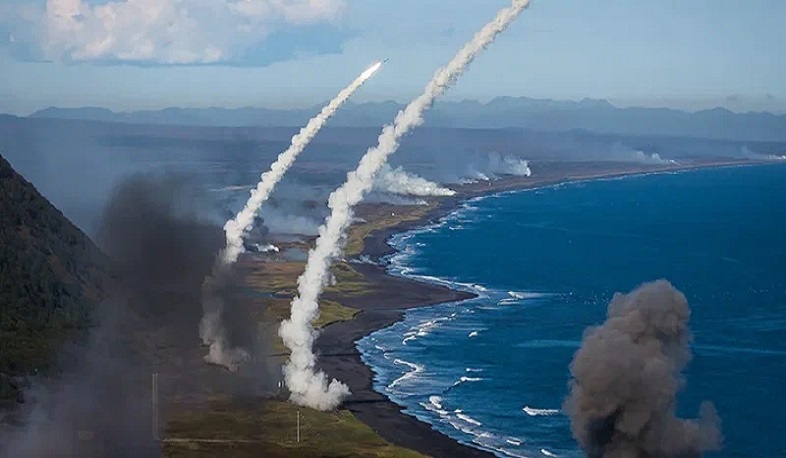 Russia destroyed yesterday hangars storing Bayraktar TB2 drones at a military airport near the Ukrainian city of Odessa with Oniks cruise missiles, reported today the Ministry of Defense of this country.

It noted that they also eliminated two artillery platoons with 155-millimeter M777 howitzers on Kubanski Island, while another 15 howitzers of the same type, supplied by the United States and European countries, were put out of action without having been used.

In the Ochakov and Tuzla districts, in the same Ukrainian region on the Black Sea, Moscow’s aviation destroyed two launchers of Ukrainian S-300 anti-aircraft missile systems, as well as another one on the territory of Donetsk. Russian aircraft attacked 57 areas of concentration of troops and military equipment and a command post of the Ukrainian Armed Forces, according to the Ukrainian Defense Ministry.

The anti-aircraft forces shot down one Su-25 fighter jet in the Kharkov region, 19 drones in the Kharkov and Donetsk regions, and intercepted five Tochka-U tactical missiles and 30 Uragan multiple rocket launcher shells in different localities of southeastern Ukraine.

Regarding Monday’s actions, the spokesman of the military body, Major General Igor Konashenkov, explained that the Ukrainian troops grouped in the Lisichansk area are cut off from supplies and are constantly shelled by Moscow’s weapons.

According to Ukrainian prisoners, units of the 79th Airborne Assault Brigade were abandoned by their command and the surviving servicemen chose to surrender to save their lives, he noted.