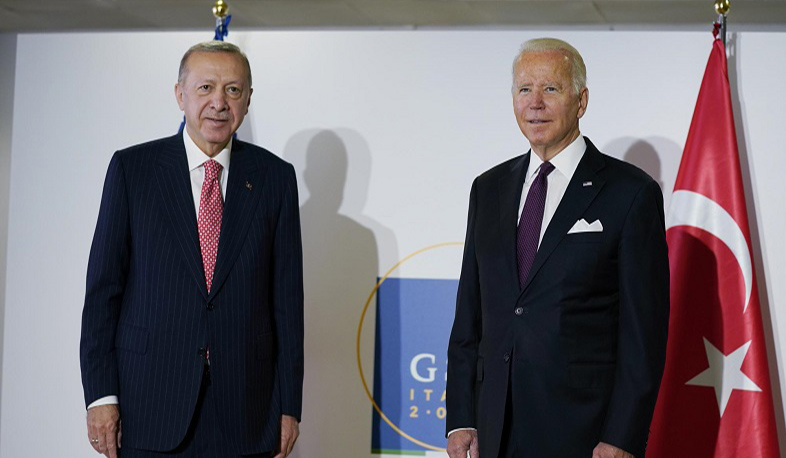 Biden does not want to discuss his objections to NATO with Erdogan: Sullivan

Jake Sullivan, the United States National Security Advisor to US President said that President Joe Biden has no plans to discuss Ankara's concerns over NATO enlargement with his Turkish counterpart Recep Tayyip Erdoğan.

On May 16, the President of Turkey announced that he would not support Finland and Sweden's membership in NATO, and asked the leaders of those countries not to be offended by him. He explained the decision by the fact that Ankara does not agree to admit the states that have imposed restrictions on it.

Turkey demands from Finland and Sweden to close all the organizations it considers terrorist.

Ankara's demands include the return of Turkey to the supply program of the latest F-35 fighter jets, the lifting of US sanctions on the purchase of Russian S-400 anti-aircraft defense systems.