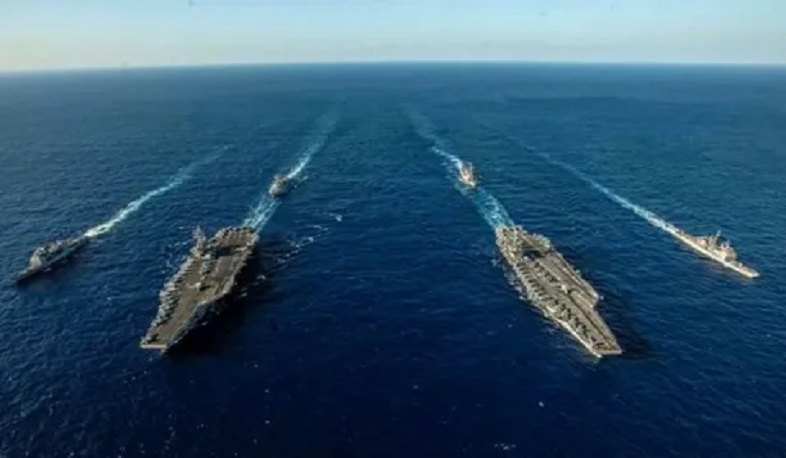 China is holding military exercises in the disputed South China Sea coinciding with U.S. President Joe Biden’s visits to South Korea and Japan that are largely focused on countering the perceived threat from Beijing.

China's Maritime Safety Administration office in the southern island province of Hainan said the drills began Thursday and will continue through Monday.

It said other aircraft and vessels will be prohibited from entering the area but gave no further details. China claims the South China Sea virtually in its entirety and the crucial waterway has become a potential flashpoint for conflict in Asia.

The U.S. does not take a position on the sovereignty issue but insists on the right to operate freely in the sea and frequently sails warships close to militarized Chinese-held islands in the area in what are termed freedom of navigation operations.

China routinely protests such missions, labeling them deliberate provocations that endanger peace and stability. To assert its claim, it has built airstrips and other military infrastructure atop human-made islands built on coral reefs and atolls.