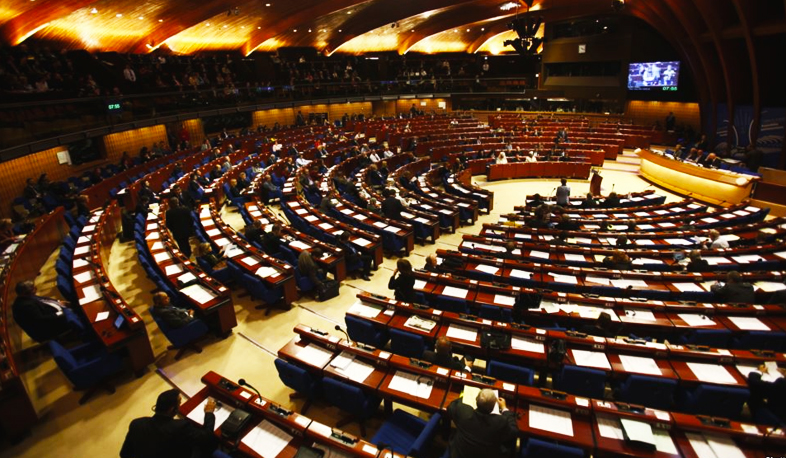 PACE adopts resolution on “Functioning of Democratic Institutions in Armenia”

The Parliamentary Assembly of the Council of Europe (PACE) adopted a resolution on the “Functioning of Democratic Institutions in Armenia”, adopting all amendments proposed by the Armenian delegation and rejecting the amendments proposed by the Azerbaijani side, Ruben Rubinyan, the Deputy President of the National Assembly, the Special Representative of the Armenia-Turkey settlement process wrote on his Facebook page.

During the discussion, the co-rapporteurs and other speakers praised the democratic path and reforms chosen by Armenia.

The resolution mainly referred to the achievements of the democratic reform process in Armenia, future steps, electoral reforms, judicial reforms, the general political atmosphere in the country, the situation of the media, as well as the strengthening of democratic culture in the political field.

They highly evaluated the fact that Armenia has successfully emerged from the serious political crisis triggered by the outcome in the Nagorno-Karabakh conflict. The crisis was resolved with the early elections in June 2021, which were organized in a democratic manner.

The resolution also welcomed the pursuit of reforms, the launch of new projects since the change of political leadership in 2018 and the degree to which Armenia has co-operated with the Council of Europe, including at the level of its parliamentary delegation.

They mentioned that the recent conflict had a major impact on Armenia, as described in its Resolution on “Humanitarian consequences of the conflict between Armenia and Azerbaijan / Nagorno-Karabakh conflict.” In particular, it again expressed its consternation at the number of people killed from all sides and reiterated its demand for the return of all Armenian prisoners of war in accordance with paragraph 8 of the Trilateral Statement.

It also reaffirmed the importance of cultural and religious heritage and the urgent need to establish mechanisms required for its protection and restoration.