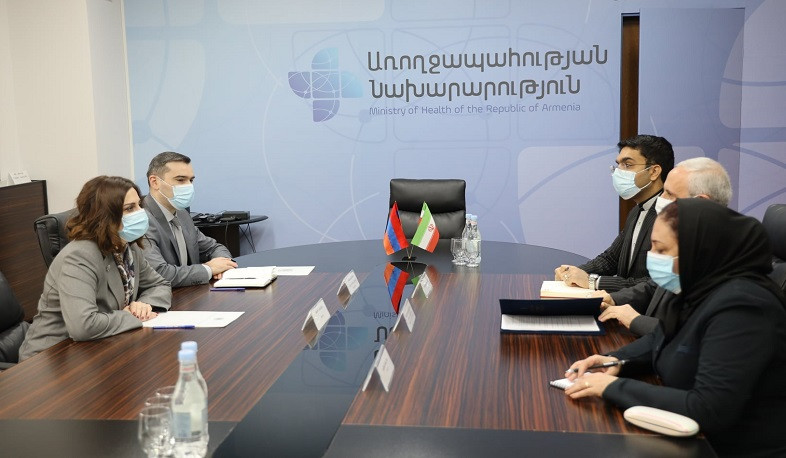 Welcoming the guest, Anahit Avanesyan praised the growing level of dialogue between the two countries, expressing confidence that the work on the bilateral agreements reached at the 16th joint sitting of the Armenian-Iranian intergovernmental commission will enter an active phase.

Ambassador Abbas Badakhshan Zohouri, in his turn, stressed the importance of raising the level of mutual recognition between Armenia and Iran in order to bring the bilateral cooperation in the field of healthcare to a qualitatively new level.

During the meeting, investment programs, issues related to cooperation in the field of pharmaceutical production, as well as the latest technologies and advanced methods provided by the use of advanced methods, development of health tourism were discussed.

“The great potential of the Armenian-Iranian cooperation in the field of pharmacy is obvious. We are constantly considering the possibility of reciprocally including Iranian-made drugs in the Armenian market,” said Anahit Avanesyan.

Ambassador Abbas Badakhshan Zohouri was interested in the production of Sputnik Light vaccine against COVID-19 in Armenia.

The Minister and the Ambassador also touched upon other programs aimed at activating bilateral and regional ties in the field of healthcare, discussed issues related to the integration of educational programs and the experience exchange.