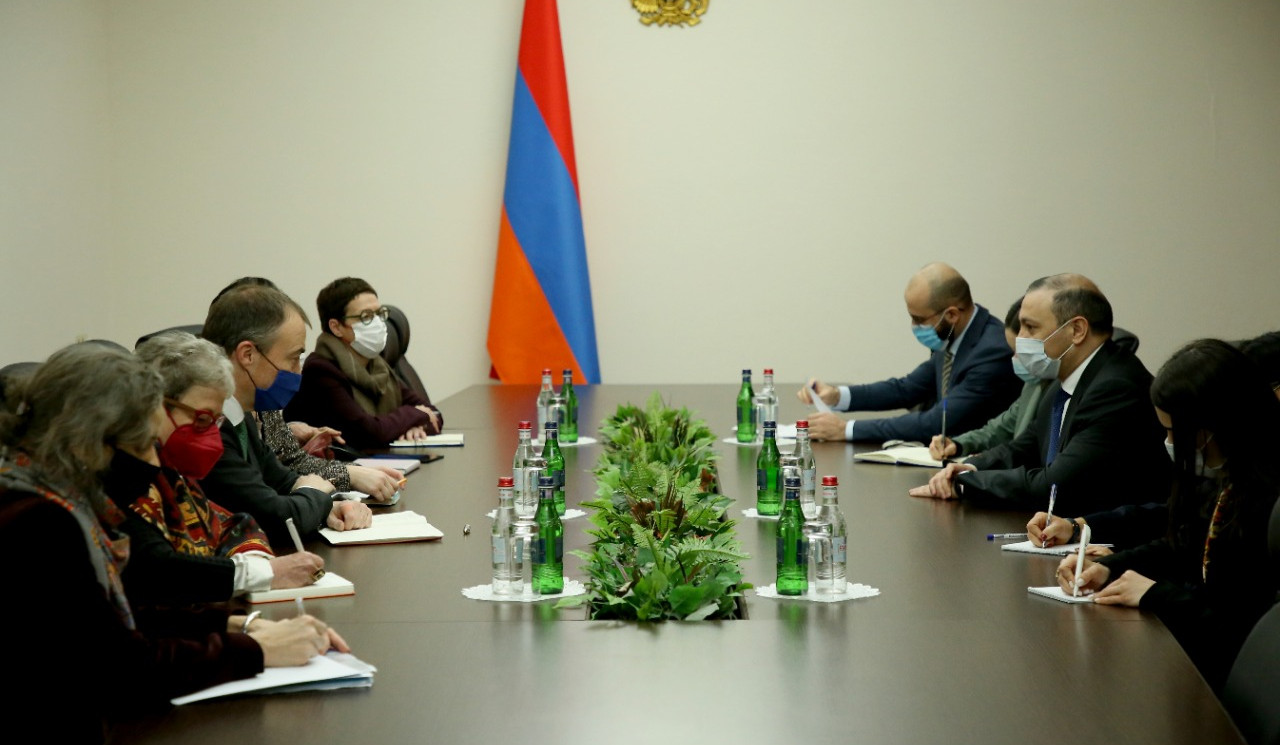 Armen Grigoryan, the Secretary of the Security Council of Armenia met with the Presidency of the European Union Council and the delegation of the EU representatives.

The sides greeting each other, expressed satisfaction on the Armenian-EU active cooperation. The SC Secretary emphasized the readiness of Armenia to continue the cooperation with EU in the processes of preserving Armenian democracy and regional security.

Isabelle Dumont, the Adviser to the diplomatic unit of the presidency of France and Toivo Klaar, the EU Special Representative in the South Caucasus emphasized that EU is implementing active works to solve the crisis related to the Prisoners of War (POWs).