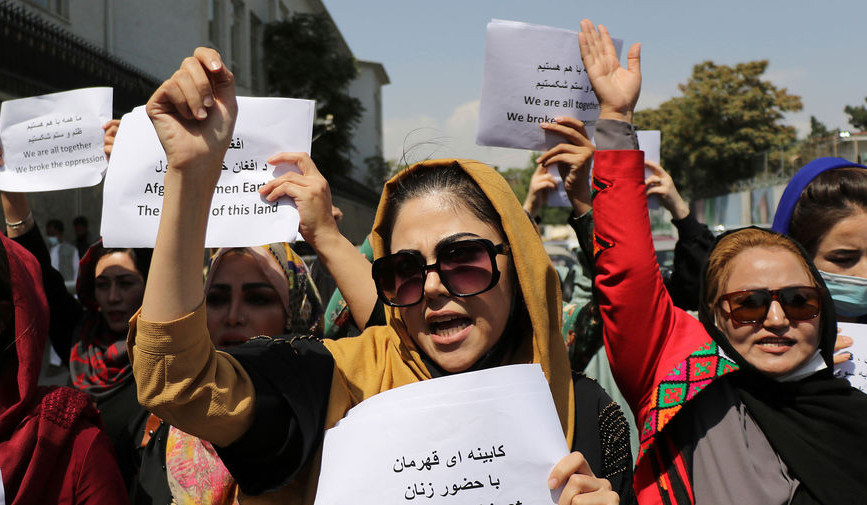 Taliban militants have reportedly opened fire on a group of women protesting in the streets of Kabul against the government's discriminatory policies two days after officials announced new travel restrictions on women, RFE/RL reports.

One of the protesters, Tamna Siddiqui, told RFE/RL that Taliban soldiers had used violence to disperse the crowd, including gunfire that had wounded a number of women as they chanted "Work, bread, and freedom."

Afghanistan’s Asvaka news agency reported that the incident occurred near the hospital of the Italian Emergency humanitarian organization. It gave no information on victims or wounded.

Taliban officials did not immediately respond to requests from RFE/RL for comment.

The protests come amid rising anger -- both within the country and internationally -- over the Taliban's moves to restrict the rights of women.

On December 26, officials said that women seeking to travel more 72 kilometers should not be offered transport unless they are accompanied by a close male relative.

In the advisory distributed by the Ministry for the Promotion of Virtue and Prevention of Vice, all vehicle drivers also were directed to refrain from playing music in their cars, and not to pick up female passengers who do not wear an Islamic hijab.

Since taking over Afghanistan in mid-August, the Taliban has named an all-male government dominated by veteran militants vowing a return to strict Shari'a law, a stark blow to Afghan and international hopes that the Taliban’s second stint in power will prove less restrictive than two decades ago.

Women's rights were severely curtailed during the Taliban's previous rule in the 1990s, when they were then forced to wear the all-covering burqa, only allowed to leave home with a male chaperone, and banned from work, education, and sports.