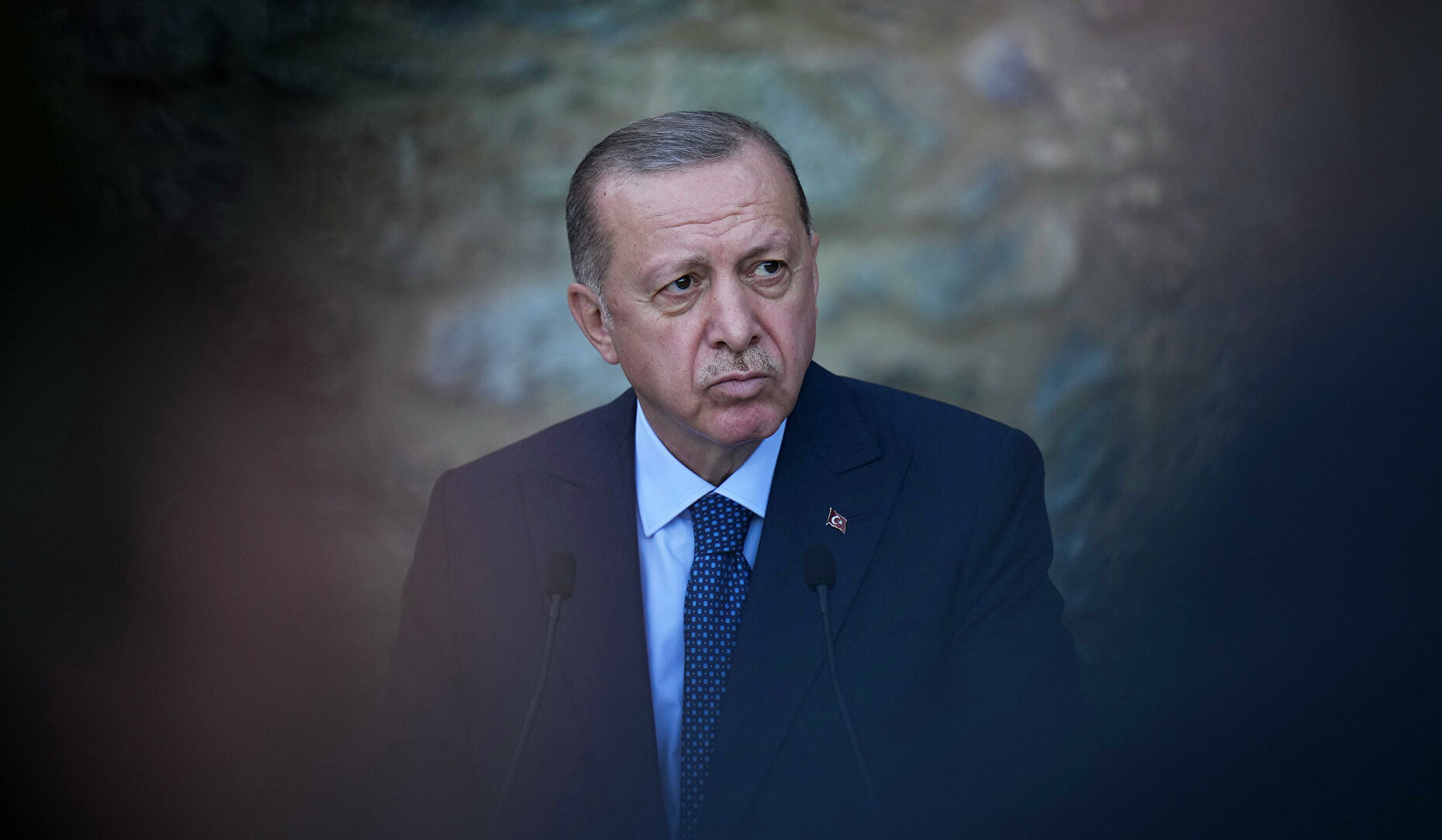 Moscow dismisses Erdoğan’s offer to mediate between Ukraine and Russia

Moscow on Monday dismissed an offer by Turkish President Recep Tayyip Erdoğan to act as a mediator between Ukraine and Russia, saying that Ankara’s mediation would not help solve the problem, Ahval reports.
Responding to a question from a reporter Kremlin Spokesperson Dmitriy Peskov said that Russia was not a “side” to the crisis in Donbass and such a summit would not facilitate “a solution to the crisis,” Cumhuriyet newspaper reported.
Erdoğan on Monday told reporters that his country was ready to act as a mediator between Kyiv and Moscow, Turkish broadcaster NTV  reported, even with strained relations between Turkey and Russia over the sale of armed drones to Ukraine earlier this year.
"Whether it is as a mediator or speaking to them about the issue, by holding these talks with Ukraine and Mr. Putin, God willing, we want to play a part in the solution of this," Erdoğan said on a flight returning from Turkmenistan.
Turkey maintains good ties with both Kyiv and Moscow, but has criticized Moscow's seizure of Ukraine's Crimea Peninsula in March 2014 and voiced support for Ukraine's territorial integrity amid ongoing separatist conflict in the country's east. Rebels supported by Moscow have been fighting government troops in Ukraine's Donbass region since 2014 and over 13,000 people have been killed in the conflict.
Turkey and Ukraine in recent years have increased cooperation in the military-technical and defense-industrial sectors. Turkey has to date exported six TB-2 Bayraktar drones to the Ukrainian military and Kyiv has expressed its desire to acquire more. Russia in April warned Turkey against encouraging “militarist tendencies” through its defense ties with Kyiv. Ankara has said it is not responsible for Kyiv's use of Turkish aircraft.
“The sides in the crisis are Kyiv on the one hand, and the representatives of the republics that have unilaterally declared their independence, on the other,” Peskov said on Monday, in an apparent reference to Donbass.
Views 97