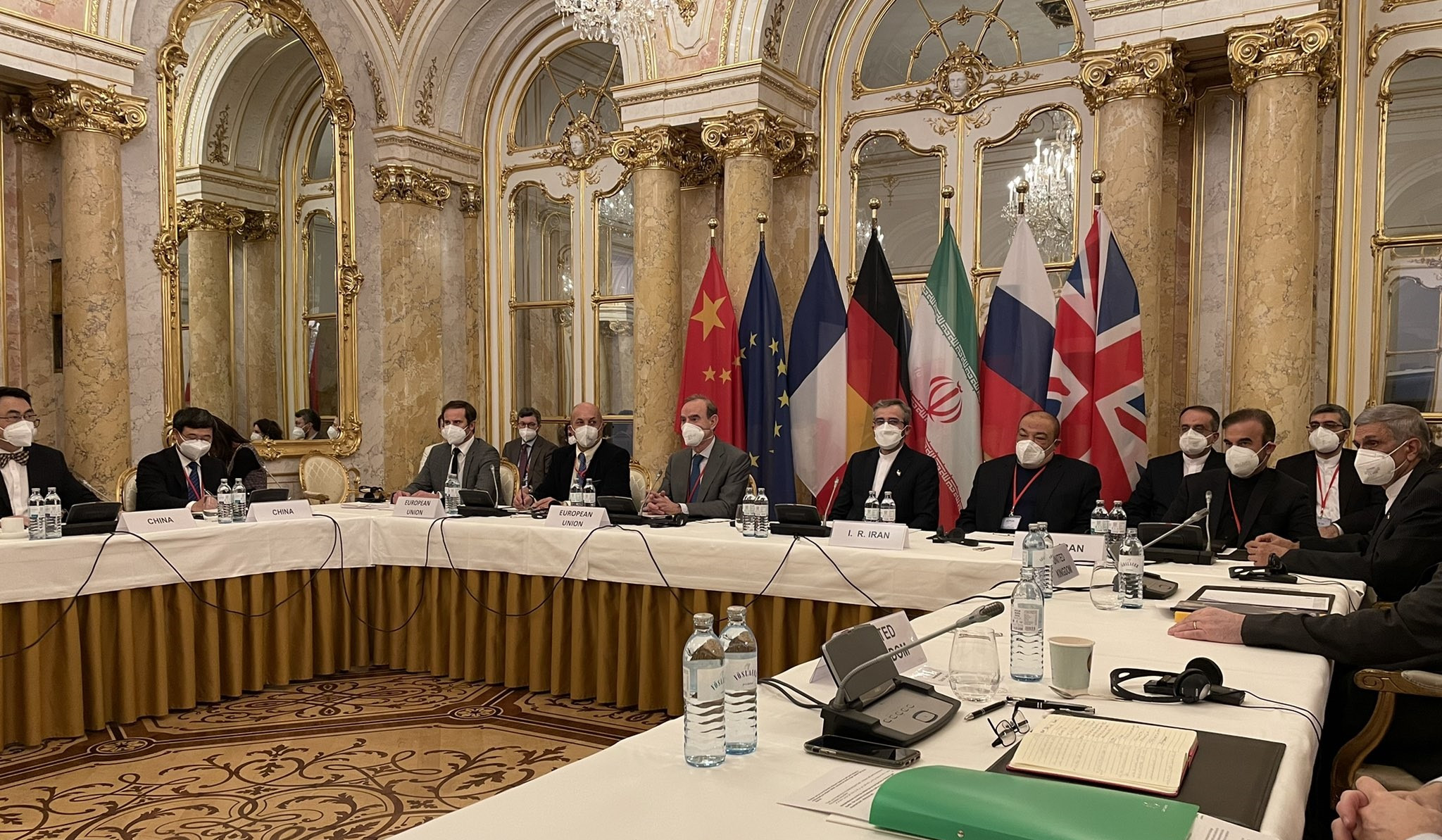 Iran optimistic after resumption of nuclear talks after 5-month hiatus

Iran's top negotiator and Deputy Foreign Minister Ali Bagheri Kani expressed optimism on Monday amid a fresh round of Iran nuclear talks aimed at reviving the 2015 nuclear deal after a hiatus of more than five months, Reuters reports.

Representatives from China, Russia, France, Germany, Britain, and Iran restarted the long-delayed talks over the nuclear deal, formally known as the Joint Comprehensive Plan of Action (JCPOA), at the Palais Coburg hotel in Vienna, Austria on Monday to try to revive the 2015 deal with indirect involvement from the United States.

Iran's new negotiating team has set out demands for the revival of the nuclear agreement, including the removal of all U.S. sanctions, verification mechanism for the removal of embargo, and guarantees from the United States that the next administrations will not breach the deal.

"We had a constructive meeting with the JCPOA parties today. And the main item in the agenda was the U.S. lifting its illegal sanctions against Iran. I believe that the atmosphere of the meeting could exert a positive impact on the success of the negotiations," Bagheri said.

"All parties around the negotiation table had a serious determination to address the main agenda item which is to remove the illegal U.S. sanctions," he said.

Bagheri also said he appreciated China's serious efforts and alignment during the talks in defending Iran's legitimate interests, which will definitely contribute to the progress of the negotiations.

Wang Qun, the Chinese envoy to the United Nations and other international organizations in Vienna, said on Monday that China is glad to see the restoration of talks for the 2015 nuclear deal.

The United States, as the originator of the current Iran nuclear crisis, should lift all related illegal sanctions against Iran and third parties, including China, in order to regain the trust of the international community, while Iran should again comprehensively fulfill its obligations on this basis, Wang said, adding that China will continue to defend its legitimate rights and interests in the lifting of sanctions and other aspects.

"Over the past six rounds of negotiations, we've registered progress on sanctions lifting, on nuclear activities and on implementation (of the nuclear deal), and this is the principle we should continue. Under such circumstances, we support the legitimate interests of Iran as far as sanctions lifting is concerned. So all sanctions imposed by the United States inconsistent of JCPOA may it is of primary nature or secondary nature must all be addressed and removed," Wang said.

"We hope that all participants will continue to focus on this issue as a priority in conjuncture. Of course, we think nuclear activities, implementations are also matter of relevance, should be dealt with. And we appreciate the Iranian delegation adopt a very realistic approach by agreeing to basing itself, together with all other delegations on where we left," he said.

Iranian Foreign Minister Hossein Amir Abdollahian said on Friday that Iran was serious about the upcoming nuclear talks and wants "a good and verifiable agreement."

The last round of talks over the restoration of the 2015 deal was held in June.

The U.S. government under Donald Trump withdrew from the 2015 agreement in May 2018 and unilaterally re-imposed sanctions on Iran. In response, Iran has gradually stopped implementing parts of its commitments to the deal since May 2019.