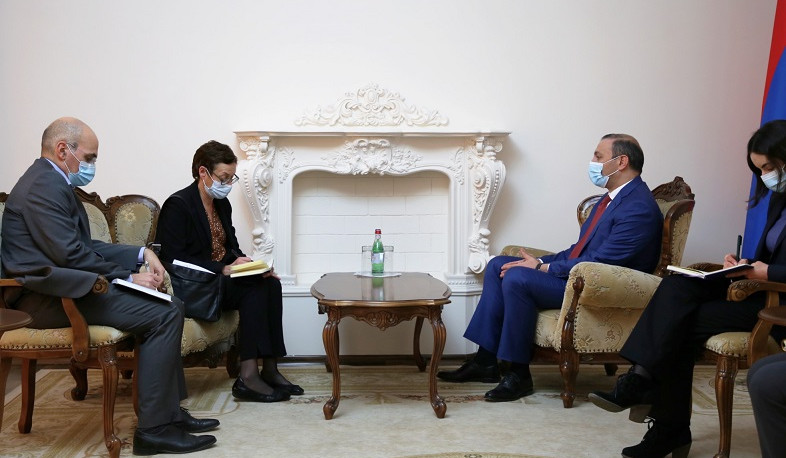 At the outset of the meeting, the Ambassador highly appreciated the Armenia-France relations and attached importance to further development of the relations.

The interlocutors touched upon the invasion of Azerbaijani troops in the sovereign territory of Armenia and the situation created as a result of this, as well as the return of Armenian prisoners of war and civilian hostages being held in Baku.

Secretary Armen Grigoryan emphasized that the Nagorno-Karabakh issue still has not been politically resolved and, in this context, underscored the role of the Co-Chairmanship of the OSCE Minsk Group in a peaceful and comprehensive settlement of the Nagorno-Karabakh conflict.