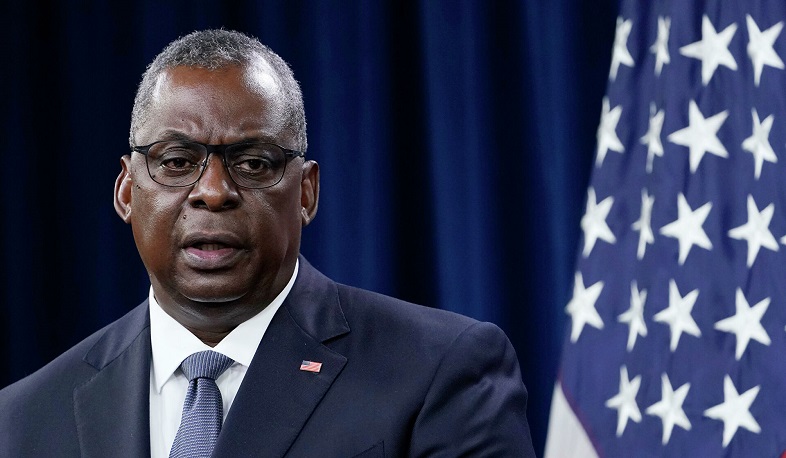 Arriving in Georgia, Pentagon chief Lloyd Austin expressed his position on the proposal to create a ‘3+3’ format for the Caucasus, RIA Novosti reported.

“As for the reference to the 3+3 proposal. On that issue, I would just say that Russia should focus on honoring its 2008 ceasefire commitments before promoting any new discussion platforms. We certainly encourage the countries of the South Caucasus to work together to resolve disputes and to strengthen regional cooperation,” said Austin in Tbilisi answering to a journalist’s question whether  the sides discussed the changed balance of power in the Caucasus region and Russia's growing presence, and whether participation in 3+3 format would be damaging to Georgia's Euro-Atlantic path.

Earlier following talks with Iranian Foreign Minister Hossein Amir-Abdollahian in Moscow, Russian Foreign Minister Sergey Lavrov told a press conference that he and his Iranian counterpart discussed the initiative to create the "3+3" negotiation format with Azerbaijan and Turkey on reopening economic and transport links in the region.

“We are working with our Armenian colleagues. We hope that Georgia, despite all the problems it is experiencing, will be able to see its fundamental interest in creating such a mechanism of consultations and agreeing on solutions for the accelerated development of this region, which has been holding back its development for a long time due to the persisting conflicts," Lavrov said.

In October, the Georgian Foreign Ministry denied the news about the country's possible participation in the ‘3 + 3’ format.