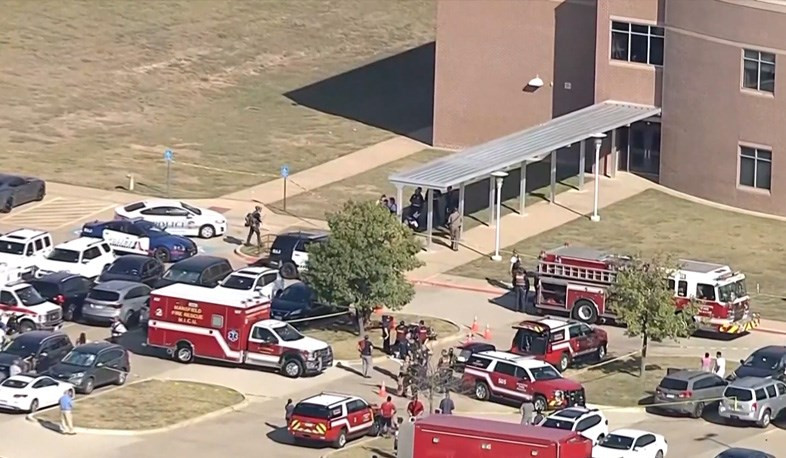 Reuters. Three people were rushed to a hospital with non-fatal wounds on Wednesday (October 6) and another sustained a minor injury after a shooting at a large high school in Arlington, Texas, police said.
Arlington Assistant Police Chief Kevin Kolbye said a suspect who has been identified, was at large. He said the shooting came about as a result of a fight.
"What we believe happened, preliminary, is that there was a fight, between a student and another individual in a class, and a gun was used, and there are four victoms," Kolbye told reporters.
Police said agents from the U.S. Bureau of Alcohol, Tobacco and Firearms were also at the scene. Arlington is midway between Dallas and Fort Worth.
Author:Davit Muradyan
Views 15