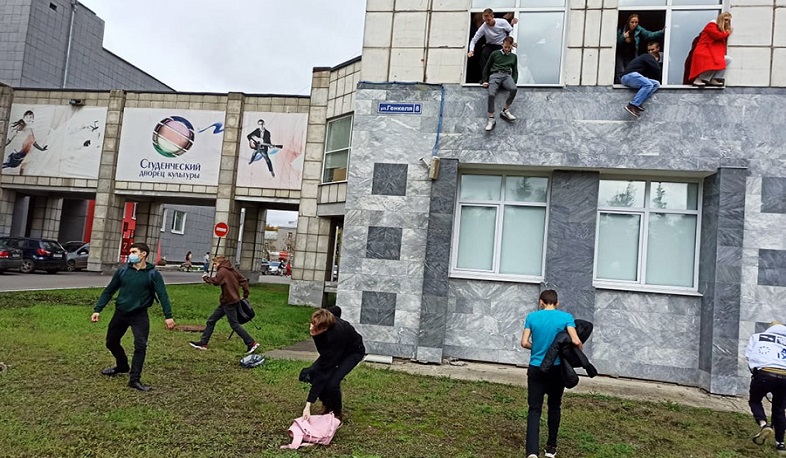 Eight people were killed and 24 people were injured in a shooting at the Perm State University, press service of the Russian Ministry of Health told reporters on Monday, TASS reports.

"According to the Federal Center for Disaster Medicine, as of 11:27 am Moscow time, eight people died in the incident at the Perm State University, 24 people were injured and are being treated, 19 of them have gunshot wounds," the report said.

The press service clarified that 25 medical teams are working at the site.

According to the Russian Investigative Committee, on September 20, a student opened fire on the territory of the Perm State University. The shooter was detained, his identity has been established.

Russia’s Minister of Health Mikhail Murashko and Minister of Science and Higher Education Valery Falkov flew to the scene.