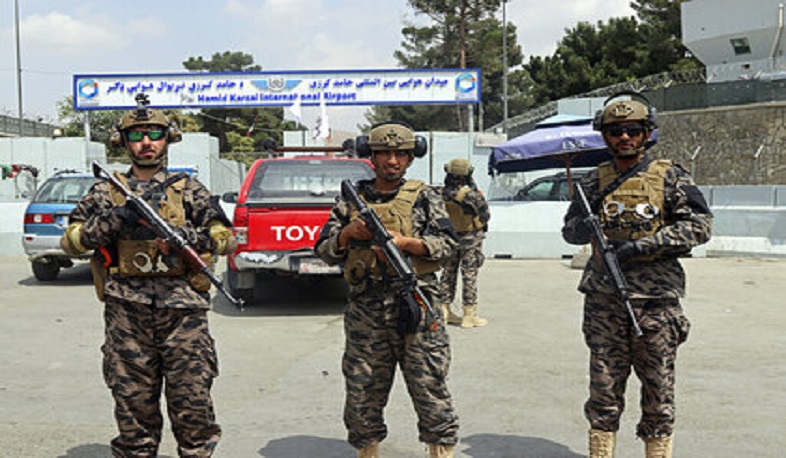 Less than 24 hours before the U.S. completed its withdrawal from Afghanistan, the Taliban stopped a bus headed for the Kabul airport and forced all the passengers off, saying the bus might be rigged with explosives and that it had two possible suicide attackers on board, according to the account of a U.S. citizen who was on the bus, NBC News reports.
The U.S. citizen, whose name NBC News is withholding for security reasons, was on the bus with his six daughters Sunday when Taliban fighters stopped it at the Panjsher Pumping Station just outside the airport, two people familiar with the account said. The Taliban told everyone to get off.
The U.S. citizen and his daughters hid in a nearby drainage ditch until the Taliban gave them the all-clear.
"The Taliban were absolutely instrumental," said a senior congressional aide familiar with the account. "Without pulling that bus over, there could have been an attack at the airport that could have killed people, including Americans."
The Defense Department has said the U.S. military worked with the Taliban to help Americans and Afghan nationals leave. But the level of coordination and assistance went well beyond what Pentagon leaders have said in public, three senior U.S. defense officials said.
Views 29