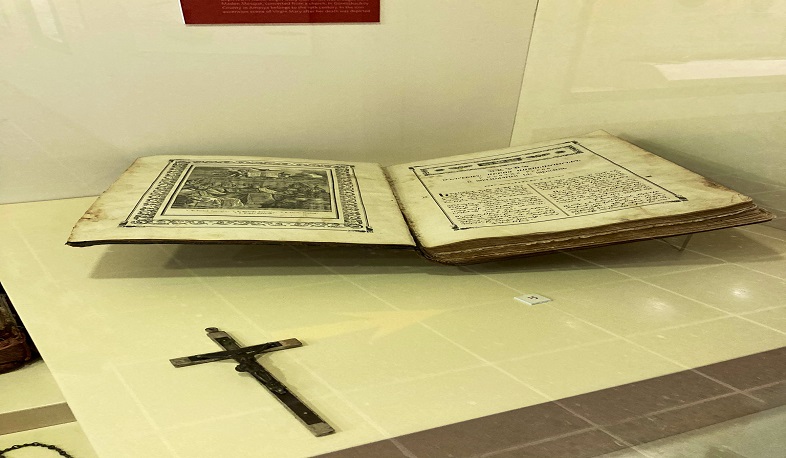 Sense of endless fear of its past continues in Turkey

At Amasia Museum in Turkey, the exhibits of the Armenian cultural heritage are displayed in the Byzantine history exhibition hall, but their Armenian origin is being kept silent.

Even openly displayed ancient Armenian Bibles that are in Armenian, don’t have any notes about the language they are written in, reports Ermenihaber.

Under the name of the Eastern Roman Empire are presented 19th century statuettes, icons, books of Bible that were brought from Amasia and the neighboring regions.

But there is no explanation on where they came from and how they ended up here. Whenever they have it –- it is very short and scarce.

The Bibles are in Armenian, but visitors are not told about it. This caused outrage among many users of the Turkish domain on Twitter. They expressed frustration over museum’s ignorance, indifference and the intention to deliberately conceal the information.

They have no doubt, this is a brilliant example of the endless fear of the past in Turkey. One Twitter user even doubted the authenticity of the information provided in other parts of the museum.

"If the situation is like this with the topics that I am familiar with, what mistakes can be in those parts which are unknown to me? How can I trust the explanations I read here? Does this museum present any correct information?", the user wrote.