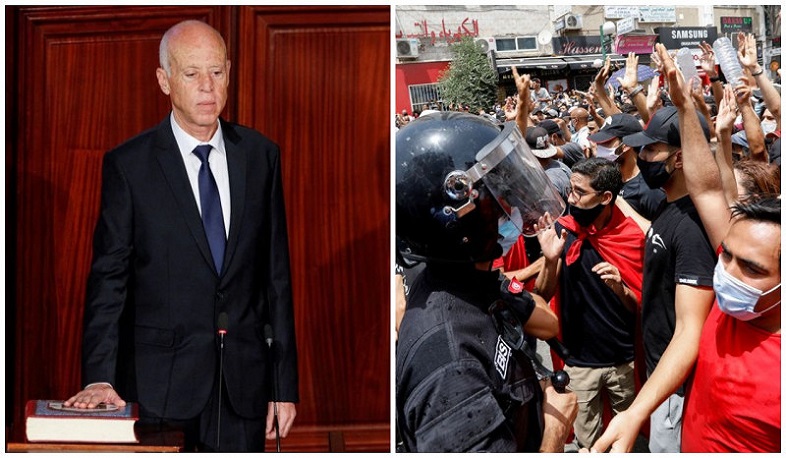 President Kais Saied also lifted the immunity of all parliament members and said he would name a new prime minister in the coming hours to bring calm to the country.

It was unclear what the decision to freeze parliament would entail.

"According to the constitution, I have taken decisions that the situation requires in order to save Tunisia, the state and the Tunisian people," Saied said after an emergency meeting with security officials that followed nationwide protests.

"We are going through the most delicate moments in Tunisia's history.

"It is neither a suspension of the Constitution nor a departure from constitutional legitimacy, we are working within the framework of the law," he added.

After Saied's address, people flooded the streets to celebrate.

The Islamist movement Ennahdha, the dominant force in parliament, blasted "a coup d'état against the revolution and against the Constitution" in a statement published on its Facebook page. It stressed that its "supporters (...) and the Tunisian people will defend the revolution".

The offices of Prime Minister Hichem Mechichi had not yet commented on the events on Sunday evening.

Earlier Sunday, thousands of people defied virus restrictions and scorching heat to demonstrate in Tunis and other cities.

The largely young crowds shouted “Get out!” and slogans calling for the dissolution of parliament and early elections.