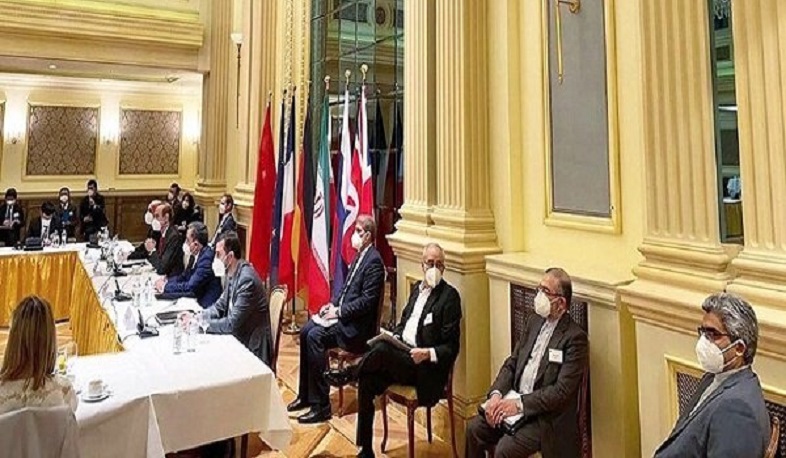 500 US sanctions remaining after 5th round of Vienna talks

Iranian Deputy Foreign Minister Seyed Abbass Araghchi, who is leading the Iranian delegation at the Vienna talks between Iran and the P4+1 group to salvage the nuclear deal known as the JCPOA, attended a meeting of the Iranian parliament Foreign Policy Committee to brief the lawmakers on the results of the last 5th round of the talks, Mehr reports.

Ebrahim Azizi, a member of the Iranian parliament Foreign Policy Committee said after the meeting with the top Iranian negotiator, "During the meeting, Araghchi presented a report to the committee on the fifth round of Vienna talks." He added that "The sixth round of talks between Iran and the P4 + 1 is scheduled to begin this Saturday."

Azizi continued, "At the end of the fifth round of talks, the deputy foreign minister announced that out of 1,500 nuclear sanctions against Iranian bodies and individuals, 1,000 sanctions had been lifted and 500 sanctions are remaining. In addition, primary and secondary sanctions still remain in place."

The Iranian lawmaker further challenged the previous optimism expressed by the Iranian President Hassan Rouhani about the talks, saying that the president's promises to lift the sanctions have not been fulfilled in the talks yet.