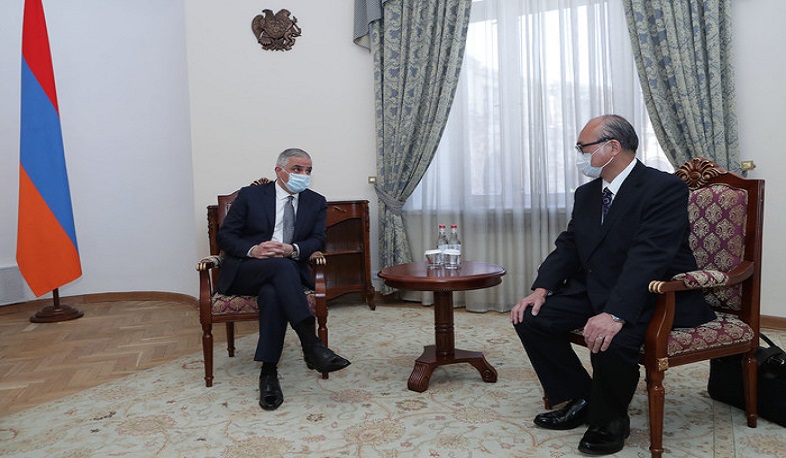 Welcoming the guest, Grigoryan congratulated him on his appointment as Ambassador and wished him success in his mission.

During the meeting, the interlocutors stressed the need to develop trade and economic cooperation between Armenia and Japan and discussed all the prerequisites for that. The need to intensify contacts between the two peoples and business circles was stressed.

Taking the opportunity of the meeting, Acting Deputy Prime Minister Mher Grigoryan thanked the Japanese Government for its assistance to Armenia during a difficult period, in response to which Ambassador Fukushima Masanori noted that Japan is ready to continue assisting Armenia in developing human resources and infrastructure as well as in creating favorable conditions for the economy.

During the meeting, they also touched upon regional developments and a number of other issues of mutual interest.