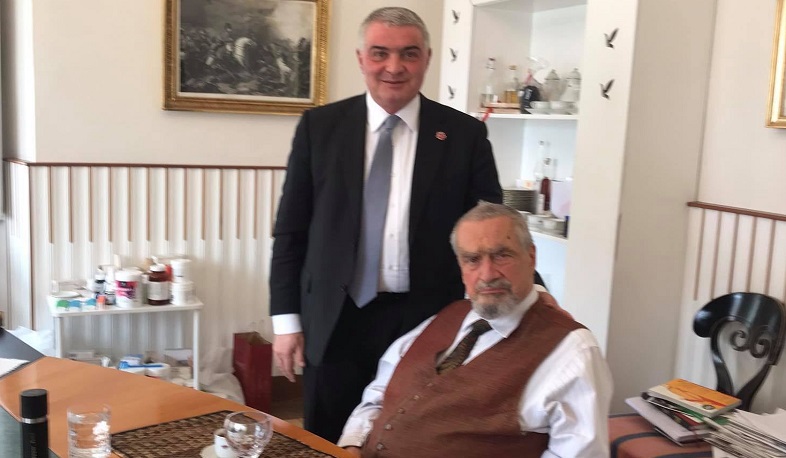 On April 21, Ashot Hovakimian, RA Ambassador to Czech Republic was hosted by the prominent Czech politician, Member of the Chamber of Deputies of the Parliament, former Minister of Foreign Affairs and Honorary Chairman of the TOP 09 party Karel Schwarzenberg.

The Ambassador once again reiterated the deep gratitude of the Armenian side to Mr. Schwarzenberg for his consistent support of the implementation of the principle of self-determination of peoples, humanism and protection of human rights in the Artsakh (Nagorno-Karabakh) issue.

The interlocutors discussed the new realities in the region and their consequences, particularly, the problems of the return of Armenian captives and the anti-Armenian propaganda raging in Azerbaijan.