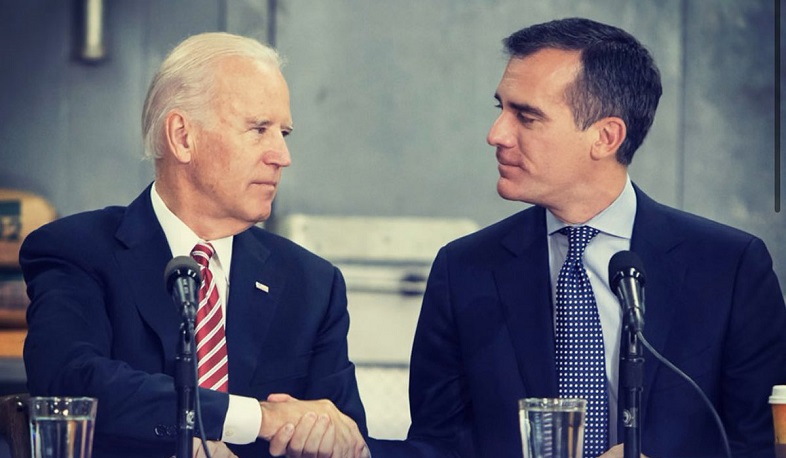 Los Angeles Mayor Eric Garcetti sent a video message calling on US President Joe Biden to recognize the Armenian Genocide.
“I am here to join thousands nationwide in a simple call. It’s time to speak the truth. It’s time to remember the tragedies of the history, so that we do not repeat them,” Eric Garcetti stated.
Los Angele Mayor called on everyone and President Biden “to hear us across the LA and throughout US and around the world, to declare in one voice, to recognize the Armenian Genocide.”
“We mourn 1.5 million brutally murdered in a campaign of systemic terror. We will always stand with the Armenian people’s pursue of justice and safety and peace,” emphasized Los Angeles Mayor.
Eric Garcetti urged everyone to join this call and sign the #Yes It’s Genocide petition in the change.org (YesItsGenocide.org), because everyone must remember the reality of humanity’s past for a better future.
Views 720