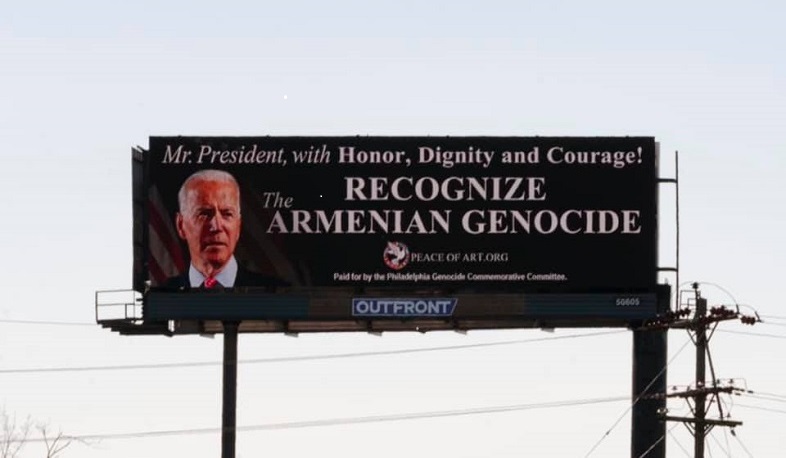 Call on Biden to recognize the Armenian Genocide

Lawmakers in the US House of Representatives started collecting signatures on bipartisan U.S. House letter calling on President Joe Biden to join with Congress in clearly and directly recognizing Armenian Genocide in his April 24 statement.
“Yet for decades, while leaders around the world recognize the first genocide of the 20-th Century, the President of the United States has remained silent. We know that this is an issue you are well acquainted with from your time in the Senate and as Vice President, including shepherding S.J.Res. 212 (designating April 24, 1990, as a National Day of Remembrance of the 75th Anniversary of the Armenian Genocide) through the Judiciary Committee in 1989.
We also appreciate that as Vice President you attended the centenary anniversary of the Armenian Genocide in 2015 at the National Cathedral,” the message reads.
Lawmakers reminded Biden of his April 24 statement: “Silence is complicity,” and added: “We urge you to follow through on your commitments, and speak the truth.”
Views 183