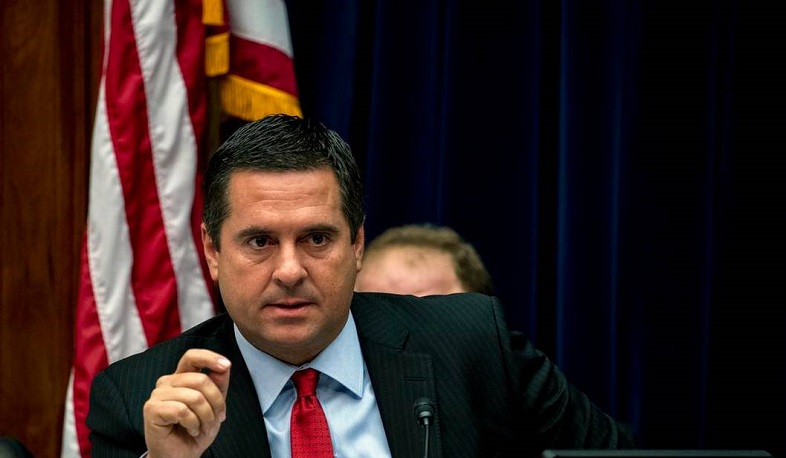 Congressman called on US to ban weapons sale to Turkey, to stop military aid to Azerbaijan

Devin Nunes (R-CA) – the Ranking Republican on the House Permanent Select Committee on Intelligence – has called on the Trump Administration to block all American arms sales to Turkey and suspend U.S. military aid to Azerbaijan, reported the Armenian National Committee of America (ANCA).

In a letter to Assistant Secretary of State R. Clarke Cooper – a Trump Administration appointee who oversees U.S. military aid, weapons sales, and arms export controls – Congressman Nunes asked the U.S. government to announce that it is “blocking any new, pending, or in-process requests for U.S. military or dual-use sales or transfers to Turkey or to any other country that may make third-party transfers of such equipment or technology to the government of Azerbaijan.”

“The State Department has been missing in action [MIA] when it comes to barring military sales to Turkey and Azerbaijan,” said ANCA Chairman Raffi Hamparian, who met recently in Fresno, California with Congressman Nunes. “It is our intention to work with Congressman Nunes to make sure the State Department takes the appropriate action, without delay, related to the sale of U.S. military equipment to Turkey and Azerbaijan – including sophisticated drone parts,” he added.

The ANCA – in addition to backing calls by Congressman Nunes to halt arms sales to Ankara and military aid to Baku – is calling on the Administration to immediately withdraw its waiver of Section 907 of the FREEDOM Support Act, and for Congress to roll back the authority it granted the White House to suspend full enforcement of this law. Consistent with sanctions adopted this week by the Netherlands, the ANCA is also encouraging the Administration to enforce Global Magnitsky sanctions against senior leaders of the Erdogan government in Turkey and the Aliyev government in Azerbaijan, based upon their responsibility for serious human rights abuses during Azerbaijan’s aggression against Artsakh.

As a result of a targeted ANCA advocacy campaign, a number of U.S. firms have publicly announced that they are stopping, suspending, and/or investigating the sale of their products, services, or technology to Turkey and Azerbaijan, in the wake of the discovery of their components in weapons that Azerbaijan has used to kill Armenians. Among these firms are Garmin, Xilinx, Trimble, Beringer, and ViaSat.