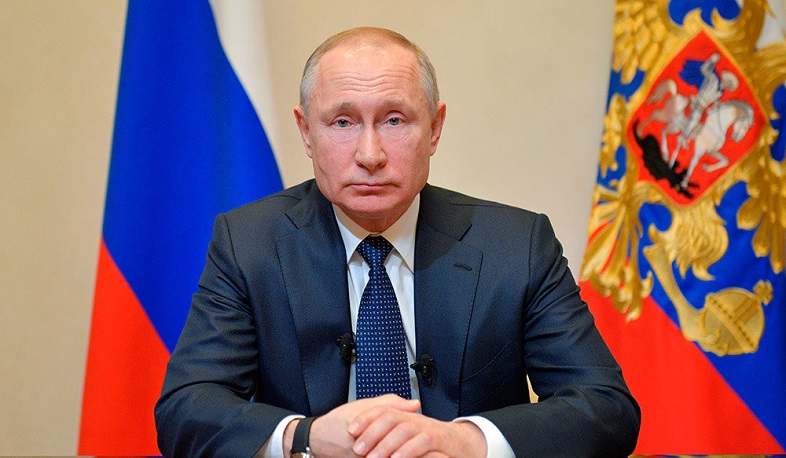 Putin answered the question about the affiliation of Nagorno Karabakh

The Russian President Vladimir Putin has stated that from the point of view of international law, Nagorno Karabakh is an integral part of Azerbaijan's territory, therefore Russia had no right to interfere in hostilities in the region. The head of the Kremlin explained the nuances of this issue on "Russia-1" TV channel.
"Armenia has not recognized the independence and sovereignty of Nagorno Karabakh. This meant that, from the point of view of international law, both Nagorno Karabakh and all the adjacent regions were and remain an integral part of the territory of the Republic of Azerbaijan", Putin said.
He reminded that the CSTO agreement provides mutual assistance in case of aggression against the territory of the member state. Such assistance does not apply to the Nagorno-Karabakh conflict, as "no one has encroached on the territory of Armenia," so Russia had no right to be directly involved in hostilities.
At the same time, the Russian President stressed that Moscow has fully fulfilled its obligations within the framework of military-technical cooperation with Yerevan, and "Armenia has not felt abandoned and forgotten".