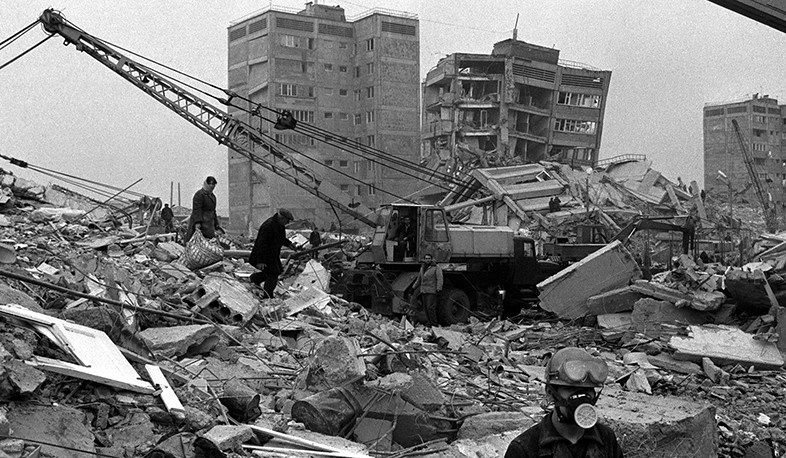 Armenia marks the 34th anniversary of devastating earthquake in Spitak

Today is December 7, the day of remembrance of the victims of  1988 Spitak earthquake. On this day 34 years ago, at 11:41 am, the earthquake killed 25,000 people and left more than half a million homeless.
Around 40% of Armenia's industrial potential was disabled. The city of Spitak and 58 villages were completely destroyed, the cities of Gyumri, Stepanavan, Vanadzor and more than 300 settlements were devastated partly.
The consequences of the disaster were so terrible that for the first time since the end of World War II, the leader of the Soviet Union officially requested humanitarian aid from the United States of America.
Views 183