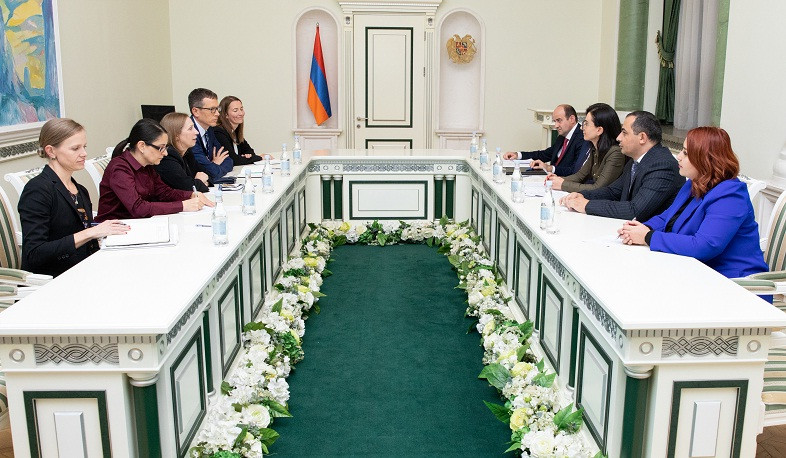 Anna Vardapetyan, at meeting with Ambassador Tracy, highly appreciated statements made by US

The Ambassador congratulated Anna Vardapetyan on assuming office in the context of democratic developments and stated that the US government is inclined to expand the existing partnership with the Office of the Prosecutor General of Armenia.

Anna Vardapetyan attached importance to the meeting with the US Ambassador, noting that she is ready to develop the cooperation agenda with the partners of a country which is supporting the ongoing democratic processes in Armenia. In this context the Embassy’s contribution to the process of professional qualification development of prosecutors of Armenia was emphasized.

Coming to the current situation resulting from the latest large-scale Azerbaijani aggression against Armenia’s sovereign territory, Anna Vardapetyan said: “Democratic values and human rights are again facing challenges, and the countries bearing those values, in the person of the USA, should come to help Armenia’s efforts in resisting those challenges”.

In this respect the Prosecutor General highly appreciated the addressed statements made by the United States, reaffirming the position of Armenia that the Azerbaijani troops must immediately withdraw from the sovereign territory of Armenia, and the Armenian prisoners of war must be returned and the ceasefire must be observed.

Other issues on the agenda were also discussed.