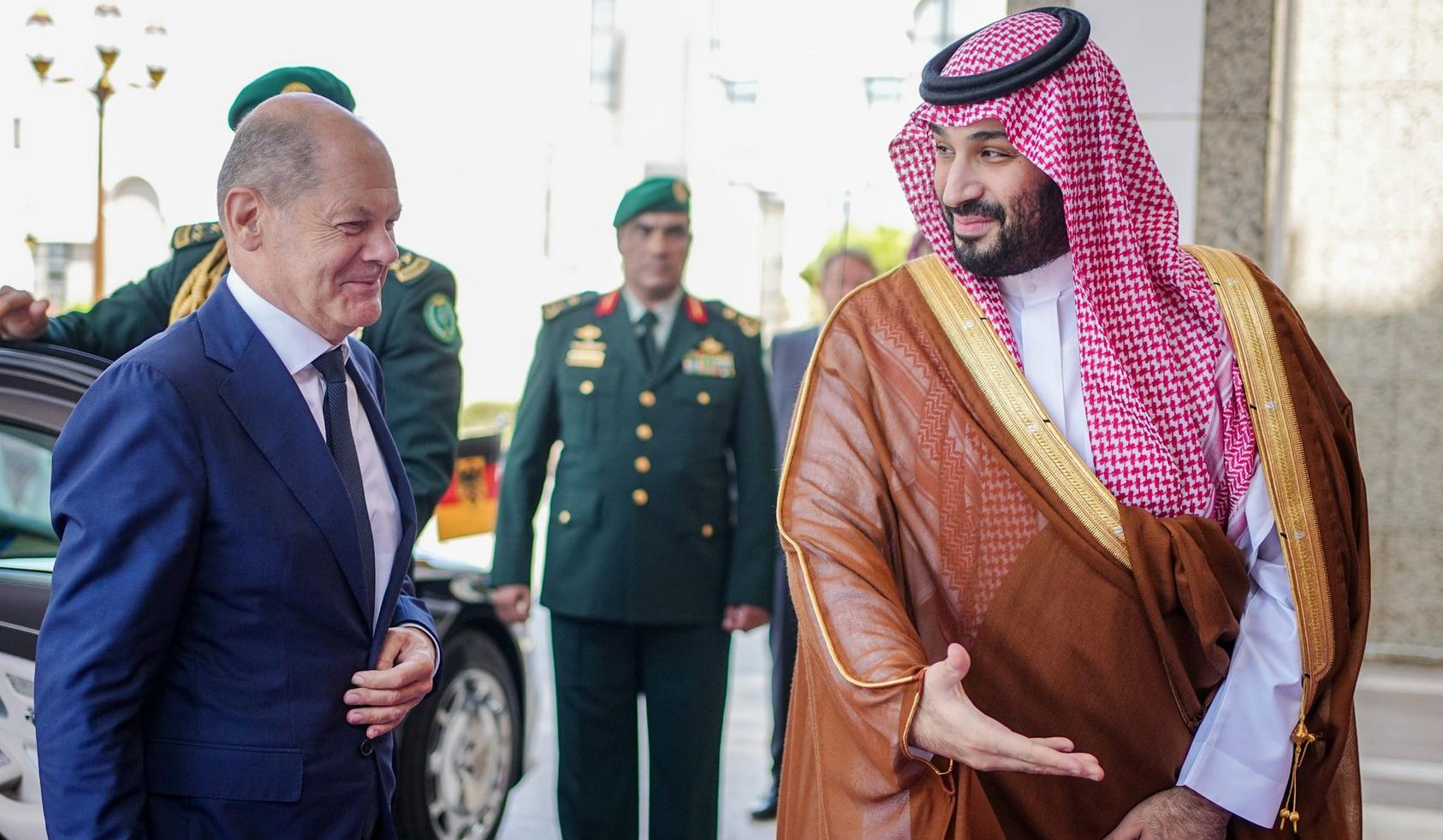 German Chancellor Olaf Scholz arrived in Jeddah in Saudi Arabia on Saturday (September 24), where he was welcomed by the governor of Mecca, Khalid Bin Faisal al Saud at the airport, Reuters reports.

The visit to Saudi Arabia is the first part of a two-day trip to the Gulf region, where Germany's chancellor will will be accompanied by a high-ranking business delegation, focusing on deepening cooperation in the areas of IT and energy as well as regional security issues.

The aim of the trip is to increase gas and hydrogen supplies from the Gulf States as well as strengthen economic cooperation with the resource-rich countries in fields such as chemistry, mechanical engineering, and renewable energies. Political issues are also on the agenda such as the situation in Iran and Near East.