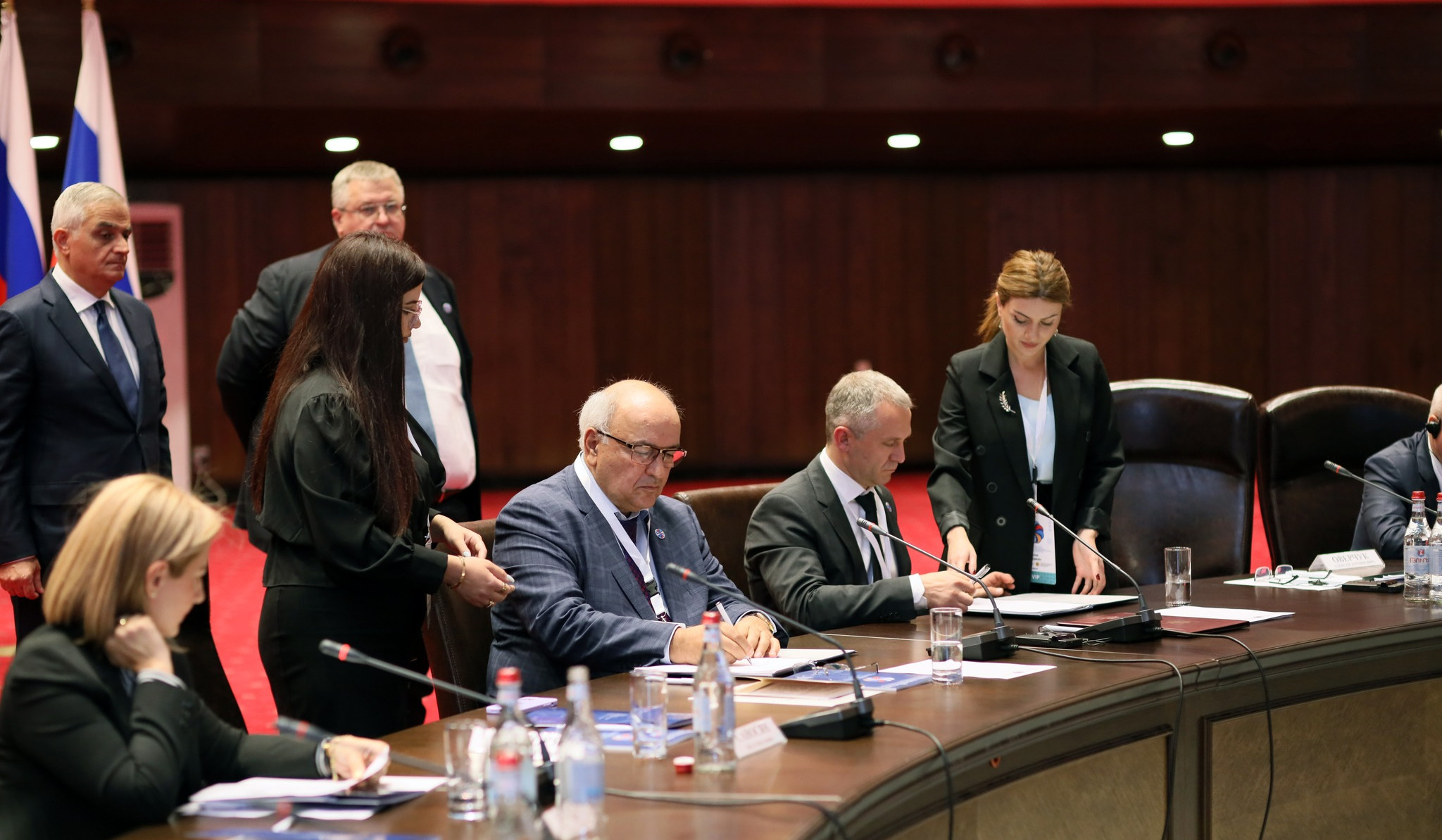 Under the leadership of Deputy Prime Ministers of Armenia and Russia Mher Grigoryan and Alexey Overchuk, the IX Forum "Armenian-Russian Cooperation: New Challenges and Opportunities" was held in Yerevan on Monday.

Grigoryan and Overchuk spoke at the event.

Armenian Prime Minister Nikol Pashinyan and Russian President Vladimir Putin sent messages in connection with the organization of the forum.

"Interregional cooperation between Armenia and Russia plays an important role in the development of an allied strategic partnership between our countries, contributing to further expanding the potential of bilateral cooperation," Pashinyan said in his message.

At the end of the Forum the Deputy Minister of Territorial Administration and Infrastructure of Armenia Vache Terteryan and the Deputy Minister of Economic Development of Russia Dmitry Volvach signed an action plan of interregional cooperation between the RA Government and the RF Cabinet of Ministers in 2022-2027.